“You in a tiny hand-picked bunch of sappers
chosen to gelignite Broome in the teeth
of the down-swooping Jap, saw stately Dutch flying-boats,
lovely Dutch women, riddled with bullets, blasted, floating,
American liberators and quaking Malays spine-shattered
by the hail of yellow bombs. You smelt and tasted death
and the tang of it never left your tongue.

Yet worse was the boredom when the tide of death receded
From Broome, leaving you stranded on a mile-long jetty,
month after month, guarding a continent with a 303.
There you communed with your cobber and the sharks
sighting phantom armadas, you felt reason evaporate
in tropic heat. You celebrated your twenty-first birthday
stocking a cemetery, and dreamed of piloting a plane—
winged movement after stagnation, cool swift flight;
and more, it meant Perth, and home sometimes at night.”

In this passage from Silent His Wings, author Coralie Clarke Rees reflects on her brother’s experience of the attack on Broome. Private Maxwell John Clarke was, at the time, a member of 13 Field Company, part of a small contingent posted in Broome.

As his sister alludes to in her poem, Maxwell did not spend the entirety of the war in the Army. The contingent of 13 Field Company men were withdrawn from Broome in August. Maxwell was discharged on the 5th of October 1942, and re-enlisted in the Air Force two days later. He was then sent to Canada to train at the Royal Canadian Air Force Station in Penhold, Alberta (36 SFTS PENHOLD ALTA).

Leading Aircraftman Maxwell John Clarke was killed on the 2nd of January 1944 in a flying accident. He and his instructor, Flying Officer Ronald Edward Lay (Royal Air Force Volunteer Reserve), both perished when Oxford AS674 hit high tension wires during a cross-country flight. The visibility that day was poor due to a sudden snow storm. They are buried in the Red Deer Cemetery, Alberta.

Coralie Clarke Rees published Silent His Wings in 1946. The 19 page poem is an eloquent tribute not only her brother Max, but “all the silent company of fine young airmen whose wings have been furled by war.” Coralie had a decorated career as an author and editor, writing for the West Australian, Sydney Morning Herald and Women’s Weekly. She edited the University of Western Australia magazine Black Swan, and in 1931 would marry her co-editor and fellow author Leslie Rees. She died in 1972. 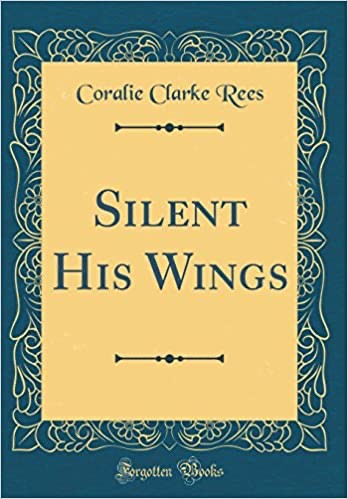