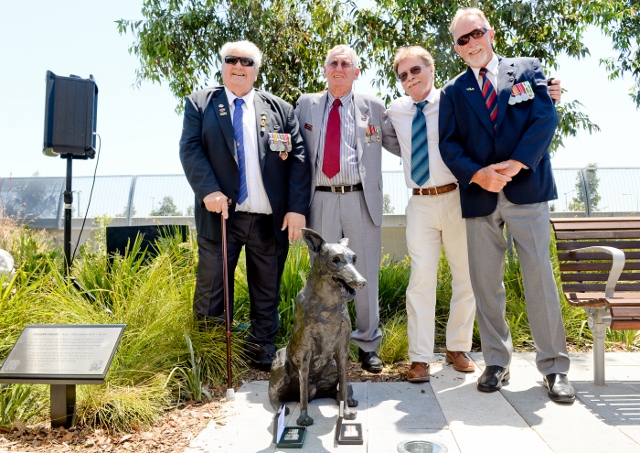 The NSW Govt commissioned the sculture of Army Tracking Dog Caesar for a housing development near the old military barracks at Ingleburne outside Sydney.

The life-size bronze by artist Ochre Lawson, was unveiled on November 22 2016 outside the Edmonson Park railway interchange, just a few hundred metres from the war dog training kennels at Ingleburne camp. 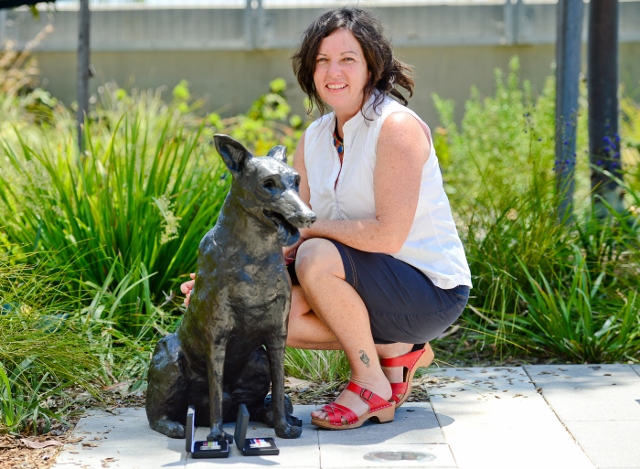 It was attended by government VIPs from the NSW Urban Growth department, which oversaw the project, and several Tracker Dog veterans from the Vietnam War. 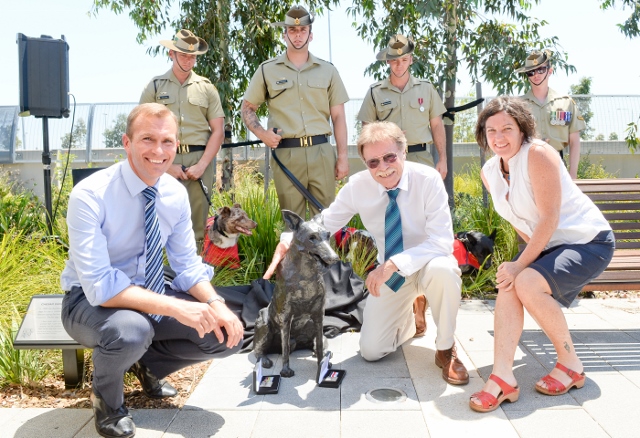 Click here to read more about the experiences of Peter Haran and Caesar in Vietnam.