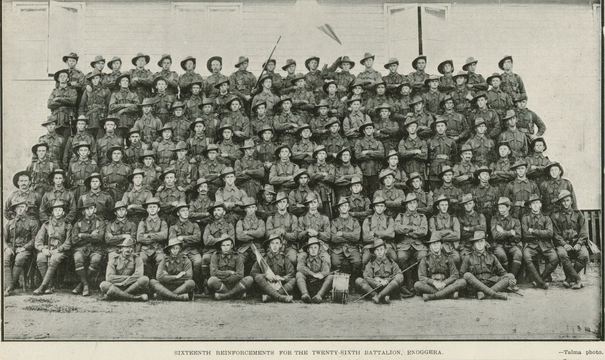 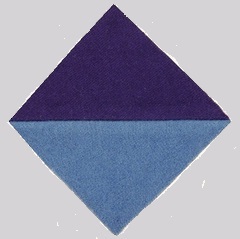 The 7th Brigade arrived at Gallipoli after the conclusion of the August Offensive.  Their role was purely defensive, protecting the ANZAC perimeter at Courtney's and Steele's Posts, and Russell's Top.  They served in that role until the evacuation on 19 December.

Many of the 2nd Division casualties were as a result of disease which was at its worst in the hotter months because of unsanitary conditions caused by field burials and difficulties in maintaining adequate standards of field hygiene.  ‘Enteric Fever’ is often referred to in soldiers records; it is interchangeable with the far more ominous-sounding ‘typhoid’ and was an ongoing problem.

After extraction from Gallipoli, the AIF was effectively doubled in size by splitting the original sixteen Battalions, thus creating the 4th and 5th Divisions each of three brigades of four Battalions each rather than the initial structure of four brigades.  The 2nd Division was unaffected by the re-structure.  It absorbed its reinforcements and was part of the first convoys in March 1916, when the newly 'doubled' AIF began sailing for France and the Western Front.

From then until 1918 the battalion was heavily involved in operations against the German Army.

The battalion's first major action in France was at Pozieres in the Somme valley in August 1916, where the AIF Divisions engaged (1st 2nd and 4th) formed the right flank of the British front.

The 1st Division had cleared the pulverised remnants of the village all the while under relentless shelling.  Casualties mounted at a horrifying rate.   The 2nd Division’s job was to extend the line beyond the ruins of a windmill on a hill to the west of the town.

‘The Windmill’, or rather what was left of it, was captured by the 2nd Division on 4th August and later consolidated by the 4th Division.  Then, the direction of the Australian assault switched to Mouquet Farm, with the 1st Division leading once again.  The aim was to outflank Thiepval, the main impediment and key objective of the British advance.  Bean’s quote, now inscribed on a plinth near the ruins of the Windmill, states:

The ruin of Pozières Windmill which lies here was the centre of the struggle in this part of the Somme battlefield in July and August 1916. It was captured on August 4 by Australian troops who fell more thickly on this ridge than on any other battlefield of the war.1

After Pozieres the battalion was sent to Flanders briefly and then returned to the Somme to endure the coldest and most bitter winter in living memory.  The 7th Brigade was committed to a series of attacks near Flers on a trench system called ‘The Maze’.  A repeat was ordered on the 17th November but as had happened on the 4th November,  the ground won was lost to subsequent German counter-attacks.

1917 began with a German consolidation of their Front Line and an orderly withdrawal through what were called 'The Outpost Villages'.  They used these as fortified posts to  conduct a delaying defence.  The AIF was tasked to follow this up and a series of engagements ensued around a number of these villages ensued, with the intensity increasing as the Australians approached the main German defence line.

This culminated with their arrival and tasking to attack the German defensive line near Bullecourt.

April 11 saw ‘First Bullecourt’, an exclusively 4th Division attack which although successful in breaking in to the German line was not adequately supported and it subsequently failed.  Second Bullecourt followed in May and involved the 1st 2nd and 5th Divisions, with the 2nd Division leading on 3-5 May.

Tactically it was very similar to First Bullecourt with a break-in being achieved, the tanks failing - again - and inadequate artillery support because of difficulties getting the guns far enough forward.  From a casualty perspective, it was Pozieres all over again.

The 2nd Division was reconstituted and reinforced during the period  May -end July, when all of the AIF (for the first time including the 3rd Division) was committed to the Third Ypres campaign.  This was an offensive aimed at clearing the high ground surrounding the city of Ypres (Ieper)  to deny the enemy observation and the capacity to direct artillery fire on the town.  It began well.  The 2nd Division was committed to fighting at Menin Road in late September 1917 and at Broodseinde Ridge on 4th October, both of which were resounding successes complemented by Polygon Wood, involving primarily the 4th and 5th Divisions on 24/5 September.

However the momentum could not be maintained with the weather playing a major part.

The Battalion and the rest of the 2nd Division was engaged in the Battle of Poelcapelle on 9th October, which was really a preliminary operation to capture the Passchendaele ridge.  Tragically, the Third Ypres campaign bogged down in the misery of the 1st and 2nd Battles for Passchendaele in late October and November.  The 2nd Division played a minor role in the former and none in the latter.

Another winter shut proceedings down until March 1918 with the 2nd Division remaining in Flanders.

Then in late March the Somme front erupted as the Germans unleashed their make or break Spring Offensive , intended to dislocate the French British front and cut Paris off from the Channel Ports to give the Germans the best possible position from which to sue for peace on their terms before the arrival of US forces in large numbers.  The AIF was despatched piecemeal by the British High Command to block gaps in the crumbling British 5th Army front.

In May the Australian Corps was at last formed and General John Monash appointed as its commander, although not without a lot of opposition and thinly veiled anti-Semitism by people, including correspondents Bean and Packer trying to influence Australian PM Billy Hughes who himself was wavering.  They were proven wrong by subsequent events.

The Division and its Battalions were active in the period known as ‘Peaceful Penetration’, advancing the line by limited but coordinated attacks on German defensive outposts.

Le Hamel was the first test of the new Corps structure, but most importantly the tactis that Monash had been advocating;  each Division had at least a token representation in the Order of Battle.  It was a set-piece demonstration of the application of Combined Arms theory and it worked perfectly.  The 2nd Division contribution comprised elements of the 6th and 7th Brigades, including the 21st 23rd and 25th Battalions on the southern flank of the attack.  It was all over in 93 minutes, and Monash’s position as Corps Commander was secure.

A month later and it was time for the main event as the Battalion took its place in the Australian for the Great Allied offensive, the "Last Hundred Days" campaign beginning on the 8th August 1918 with the Battle of Amiens.  British III Corps north of the Somme, then the Australian and Canadian Corps side by side south of the Somme coordinated with the French Army further south.

The 2nd Division started the Amiens offensive on the right hand flank, leading ‘two-up’ with the 3rd Division on the left.    The 4th and 5th Divisions followed respectively with the 1st Division as Reserve.  Surprise, synchronised artillery that had achieved registration of targets using data from new sound-ranging techniques, and the shock action imparted by use of tanks on a scale hitherto not seen led to spectacular gains as Monash had forecast at Le Hamel, and initial objectives were achieved within three hours, with the advance proceeding relentlessly resultinf in what German General Ludendorf termed "The Black Day" of the German Army.

The 2nd Division’s ‘finest hour’ was the attack on Mont St Quentin from 30 August to 2nd September in concert with the 5th Division which cleared the town of Peronne after a risky river crossing of the Somme.  The 6th Brigade’s consolidation of the heights of the Mont was the turning point of the battle.

After the 2nd Division attack on the Beaurevoir Line at Montbrehain on the 5th October, the AIF was withdrawn from the line to reinforce and refit following the accumulated losses it had sustained since 8th August.  It was resting and refitting out of the line when the Armistice was declared on 11 Nov 1918.

Click on the link to learn more about the Battle  / campaign.  For particular detail you will need to refer to the battalion war diary - see link in sidebar.