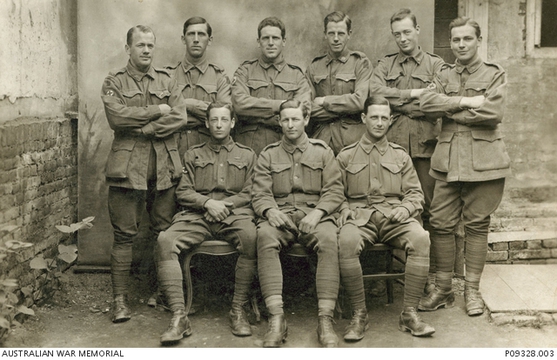 The 15th Field Ambulance was the Field Ambulance Company that nominally supported the 15th Brigade of the Fifth Division, comprised of the 57th, 58th 59th and 60th Battalions, all from Victoria.  Field Ambulances were under command of the Division HQ rather than the supported Brigade.

The 15th Field Ambulance was part of a largely Victorian Brigade;  soldiers were drawn from the Battalions and their reinforcement drafts in the Brigade to man and reinforce the Field Ambulance and other Brigade units.

They may have had a number of means to assist in casualty evacuation from light rail, horse drawn vehicles and even motor vehicles. Or they could indeed also be stretcher borne, or on hand drawn carts.