“ George was, at once, the manliest of men and the gentlest spirit one could ever hope to meet. A firm disciplinarian, he respected the views and made allowances for the weaknesses of his men. His personal courage motivated lesser men to rise above themselves in the desire to emulate him and retain this regard. George Reid lead by deed and by example. He made better men of all who were privileged to serve with him and enjoy his friendship. Many a proud and often bereaved family received word of their son by personal letter from George.  His gentleness brought comfort to those in need and he displayed, until his death in New Guinea, the true attributes of an Officer and a gentleman.” (Contribution to Personal Anecdotes – C Coy; 2/17 Battalion History)

George Thyne Reid was born on the 27th of June 1908 to mother and father Margaret and Andrew Reid. He grew up in Sydney and was educated at the Church of England Grammar School (more commonly known as ‘Shore School’). At school, he was an accomplished rower. 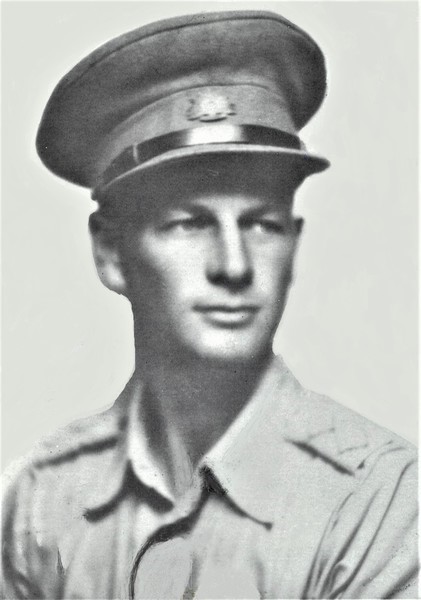 A portrait of George Thyne Reid

Upon graduating in 1926, Reid gained experience on various country properties including Bredbo in the Cooma district and Milroy in the Brewarrina district. In 1930, his father purchased Narrangullen estate in the Yass district, and Reid moved there to help him run the farm. Before enlisting in the war, Reid had established the largest imported Aberdeen-Angus cattle stud in Australia at the time. The Narrungullen stud cattle won three championships at the Sydney Royal Show from 1934-39. Reid became the president of the Aberdeen-Angus Society of Australia in 1939, and held the presidency until his death. The Narrangullen sheep were also prized in the Yass district.

Reid came from a family of prominent philanthropists. He too gave generously to his local Yass community, donating to memorials and funding a complete X-ray plant at the Yass District Hospital. Reid truly was a much loved figure in the community; an article from the Yass Tribune Courier wrote “There was never a more popular win on the Marchmont course than when [George’s] horse, Faience, won the Yass Cup in 1939”. Three years earlier, on October 31st 1936, George married Mary Geddes in her hometown of Hartfordshire, England. The couple had given birth to three children by 1940: Sandy, Fiona and Skye. 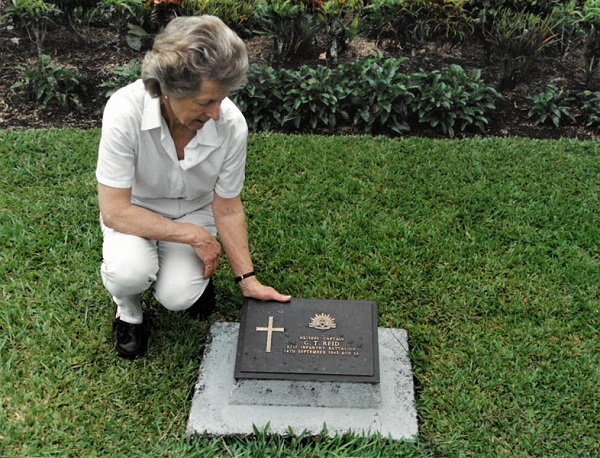 A photo of Fiona MacLachlan, George’s daughter, at his grave in the Lae War Cemetery

At the beginning of the war, Reid was a Lieutenant in the 7th Light Horse Regiment, a troop made up of local militia members. In May of 1940, he resigned his commission and enlisted in the AIF attached to the 2/17th Battalion. With his natural leadership skills and previous experience in the militia, it wasn’t long before Reid was appointed Acting Corporal on the 13th of May, 1940. On the 25th of July, he was promoted to Lance Sergeant and on the 10th of August, Acting Sergeant. On October the 14th, 5 days before he embarked from Sydney on the HMT ‘Queen Mary’, George was promoted again, this time to Lieutenant.

Lieutenant Reid began his service in the Middle East, training in Gaza. In early January of 1941, he attended Military Equipment Tactical School, graduating and rejoining his battalion on the 27th. In February, still training with 2/17th Battalion in Gaza, Reid was evacuated to 4th Australian General Hospital (AGH). The nature of his supposed injuries are not mentioned in his service records, but Reid spent a month in 4th AGH, returning again to his battalion on March 27th.

The 2/17th Battalion’s first appointment in the field was at Tripoli, where they were involved in an evacuation of British forces to Tobruk. They then formed a crucial part of the garrison at Tobruk, holding firm against enemy infantry and German tanks before being relieved in late October. Corporal John Hurst Edmondson VC, a member of the 2/17th serving with Lieutenant Reid, was posthumously awarded Australia's first Victoria Cross for his involvement in the battle. Reid spent the month of September detached from the 2/17th on special duty. He again served time away from the Battalion in early 1942 on special duty.

Despite his absences, the soldiers under Lieutenant Reid’s command had nothing but glowing admiration for him. The commander of the 15 Platoon, Reid had “a reputation as one of the best patrol leaders on Tobruk”. As such, his patrols were always made up of volunteers. Hal Pearce, a digger under Reid’s command described him as “the manliest of men and the greatest spirit one could ever hope to meet”.

From the 6th to the 27th of February 1942, Reid attended ‘G’ School (possibly short for Gunnery School). He spent another 3 months in hospital after fracturing his tibia and fibula, this time the 7th and 6th AGH’s. During his hospital stay he was placed on the Regimental Supernumerary List (X List). He was also mentioned in dispatches during this period for his service between July 1941 and October 1941. On September the 17th 1942, Reid was promoted to Temporary Captain, a position that was finalised on the 19th of November. In December he was again mentioned in dispatches, this time for service between November 1941 and April 1942.

Reid spent the last few months of 1942 and the early months of 1943 with his battalion leading patrols and even tracking down escaped spies for the British Military Police. One soldier wrote of the “dubious pleasure” he and Captain Reid had escorting the prisoner to Aleppo to be handed over to British authorities.

In January 1943, Captain Reid and the 2/17th Battalion embarked for Sydney from Suez aboard the Acquitania, arriving home on the 27th of February 1943. He spent the next 4 months off-duty with his family. Reid and the battalion participated in jungle training on the Atherton Tablelands in Queensland in July. His wife Mary became pregnant with her 4th child during this time

On the 1st of August 1943, the 2/17th Battalion embarked for Milne Bay in New Guinea. Ten days later, Reid left Townsville via plane for New Guinea. As part of Operation Postern, the main objective of which was to capture the Japanese occupied Lae, Reid participated in the amphibious landing at Lae. This was the first amphibious landing conducted by Australian soldiers since the famous landing at Anzac Cove in 1915. The landing began on the 4th of September and was completed by the 6th. 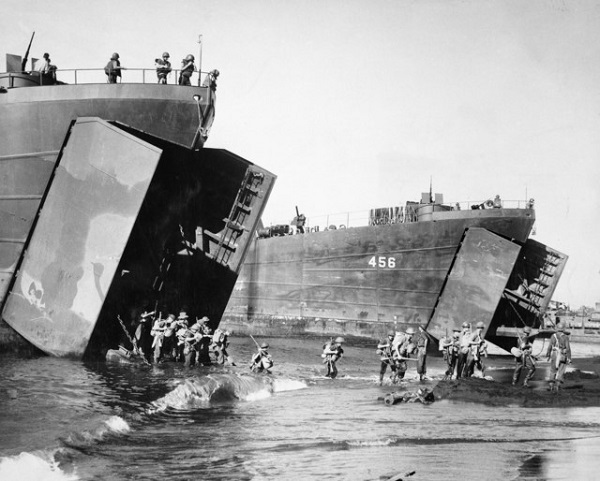 On the 14th of September, 15 Platoon were sent across the Busu River to protect ‘D Beach’. From their position at New Yanga, Captain Reid led a patrol consisting of himself and 6 of his men. One member of the patrol, Private Jack Rowland, recalled the mission:

“Capt. Reid halted us with finger to lip: this brave man…facing a machine gun post…ahead, motioned us to get down. He then brought Lofty Beness closer to him and…said something to Lofty who opened fire with his Owen gun”.

Sadly, from this point on, Private Rowland’s recount takes a fateful turn:

“The response from the enemy was rapid…and withering fire power…cut down Capt. Reid before he was able to do anything else. He died instantly.

“I was kneeling alongside the Captain when a ‘Woodpecker’ opened fire and I saw the Captain, who stood up to throw a grenade, fall fatally wounded from the machine gun. His last words were ‘Carry on’”.

The “gallant and modest” Captain George Thyne Reid was confirmed killed in action on the 14th of September, 1943. In a eulogy published in a post war ‘2/17 Bn Association’ newsletter, Arthur Newton wrote that “no single death affected the battalion more than George’s passing”. He mentioned how many of the men in the 15 Platoon wore socks knitted by Mary Reid, and how he had never heard “anyone say a harsh word of George Reid”. His death was received with “sincere sorrow” by the Yass district community, as was published in the Yass Tribune-Courier. “Australia cannot afford to lose men like Captain George Reid”.

Captain George Thyne Reid was survived by his wife Mary and his 4 children, the last of whom was born after his death. For his family the loss was immense but each of them seem to have drawn strength and purpose from his many legacies. His name and values live on in their work and determination to make a difference.