Willem Fredrick August Winckel had a lot of nicknames. The Aussies called him the ‘Dead-Eye Dick Dutchman’,[i] to his Dutch crew members he was ‘Lucky Bill’, and the Japanese knew him only as the ‘Babyface Killer’.[ii] Winckel, however, preferred simply to be called ‘Gus’. 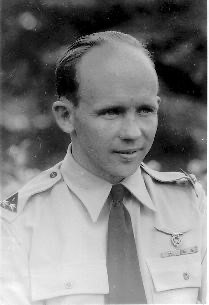 Winckel, by his own estimation, grew up in a place “as close to heaven as one can get”.[iii] That was Muntok (sometimes spelt ‘Mentok’) on the north-western coast of Bangka Island, Indonesia. Belonging to the Dutch East Indies in the first half of the 20th Century, Winckel’s parents traded rubber, tin and sugar from their Muntok property.[iv] He remembers days exploring the perilous tropical jungle that was his back garden. His tales tell of escapes from 26 foot crocodiles, boars being swallowed by boa constrictors and learning that a peacock call was a surefire sign a tiger was lurking nearby.[v] He had pet monkeys to play with and only ever had to wear shoes and a shirt to church on Sunday.

Winckel was sent to nautical school in Delfzijl in the Netherlands at age 15. Having never left Bangka Island before that day, he had trouble becoming accustomed to the typical aspects of a Dutchman’s life, like snowfall and swimming in the frigid North Sea.[vi] He graduated the merchant marine course with first class honours, and began working on the Pallau, a freighter running between the Netherlands and Java. From 1931-35 he took up a variety of postings, working on oil rigs in Java and submarines for the Dutch Navy.[vii] Once a year, his submarine crew would conduct depth tests in the deepest part of the North Sea off the coast of Scotland. Winckel says it was the only time he ever suffered from seasickness, caused by a combination of “the pungent smell of sulphur in the batteries, the motion and the entire crew vomiting!”.[viii]

Deciding that a life on the seas (and especially under it!) was not for him, Winckel sailed back to Java and began his Netherlands East Indies Air Force (NEIAF) pilots training. He was a natural, going solo in less than half the time it took the average trainee. From 1935-42 he flew supplies across Indonesia in Lockheed Lodestars.[ix]

In 1942, the Second World War reached the shores of Indonesia, and suddenly Winckel went from running supplies to flying refugees to Australia. He was on the ground in Broome on the 3rd of March when the Japanese began their attack. What happened next wrote Winckel’s name into the history books and earned him his Bronze Lion, the second highest Dutch military decoration. 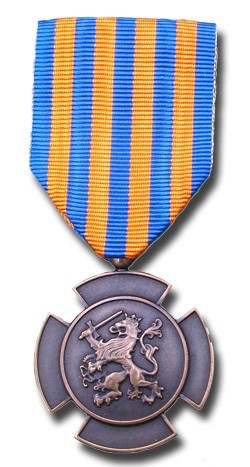 The Bronzen Leeuw or Bronze Lion
From Creative Commons

The Japanese started to strafe the airstrip where Winckel had just parked his Lodestar. Instead of running to find cover, he dismounted the Colt 7.99mm machine gun from his plane, balanced the heavy gun on his shoulder and began shooting at the low-flying Japanese.[x] Winckel managed to shoot down one Japanese Zero and fatally damage another, which was ditched at sea.[xi] He was the only line of defence for Broome that day. The searing barrel of the gun had burnt Winckel’s hand to the bone.[xii]

Gus Winckel’s job was not finished yet. His hand was bandaged and he was told to fly the injured to be treated in Perth. He did so for two days straight without rest.[xiii] On arrival back in Broome on the 5th, Winckel was given another mission: The rescue of five high-ranking RAF and RAAF officers from Bandung in Java.[xiv] The Japanese were closing in on their stronghold; there was no time to waste. Winckel, his hand severely injured and his body sleep-deprived, protested that there must be another man for the job, but no one knew the Bandung area like he did, and no one could fly a Lodestar as well as he could. His officers knew that an injured and exhausted Winckel had more chance of success than any other pilot. He was given a 5% chance of survival.[xv]

A flight to Bandung from Broome would take Winckel about 15 hours each way and deplete an entire tank of fuel. Flying into Bandung at night was fraught with danger; the ragged cliffs are nearly impossible to see in darkness. Yet Winckel had no choice, and flew his Lodestar to the Allied base at Boea Batoe Road.[xvi] The only thing lighting the rudimentary strip when he arrived were the headlights of a few Jeeps. As the officers boarded the plane, desperate civilians looking to flee Bandung were held at bay by guards.[xvii] The Lodestar was refuelled and Winckel took off once more, flying low and navigating his way through the mountains so as not to alert the patrolling Japanese aircrafts.[xviii] His arrival back in Broome came as a shock to his superiors. It was as if he was “returning from the dead”.[xix] Winckel, finally able to get some rest after over 80 hours without sleep, slept for 22 hours straight.[xx]

Winckel later joined No. 18 Squadron RAAF, conducting patrol missions around Australia. On the 5th of June 1942, he and his crew sunk a Japanese submarine off the coast of New South Wales.[xxi] He was personally congratulated by Prime Minister Curtin, and flew his plane under the Sydney Harbour Bridge in celebration.[xxii] At the beginning of 1943, Winckel was stationed in the Tanimbar Islands, where he flew 87 sorties against Japanese shipping and airfields.[xxiii] No. 18 Squadron lost 20 aircraft and 105 men[xxiv] over the course of the war, but ‘Lucky Bill’ never so much as lost a crew member.[xxv]

The war did not end for Gus Winckel in 1945. He was sent back to Java to try and consolidate Dutch control over the East Indies. When Indonesia was officially created in 1949 and Winckel was discharged, he had spent over 8 years at war.[xxvi]

The stories and escapades of Gus Winckel are nothing short of legendary. His post-war life is filled with more incredible stories like the rescue of his sister from a Japanese concentration camp[xxvii] and his timely escape from the Indonesian uprising. Most incredible of all is the story of how he and his girlfriend Yvonne, both presuming the other to be dead, were reunited by sheer coincidence in Indonesia after nearly 10 years apart.[xxviii] The pair, believing their reunion was destined, were married the next day. 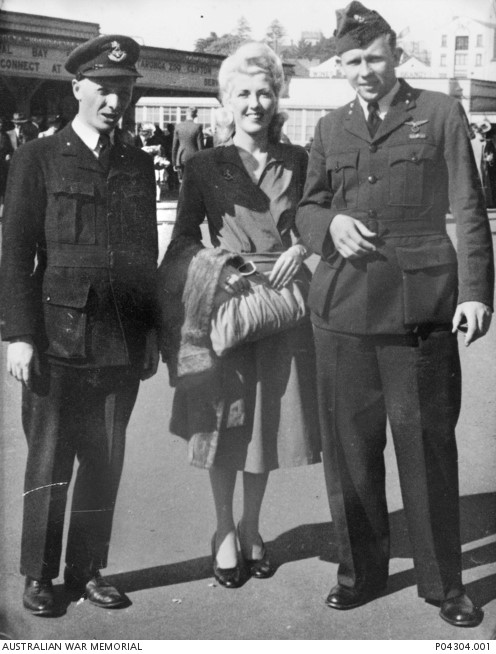 Winckel’s Bronze Lion was awarded for his unbelievable bravery during the initial attack on Broome. The subsequent 80 hours, arguably more courageous and gruelling than his machine gun attack, were never officially acknowledged.[xxix] Winckel was also awarded a Distinguished Flying Cross and Distinguished Service Order for his efforts during the war,[xxx] along with many other Dutch honours. The road leading to the Broome Airport is named in his honour, and a statue in his likeness was erected in 2009 in Moruya, New South Wales.[xxxi]