The Western Front – The War Underground

It is not generally realised that a significant part of the War effort on the Western Front was fought underground.  Tunnelling and mining operations played an important role in Allied strategy up until Messines in 1917 after which the nature of the fighting changed and more fluid tactics transcended the positional defence against which tunnelling was most effective.

The Somme Offensive of July 1916 opened with the detonation of mines along the Front, including Hawthorn redoubt (see image) and the largest and best known of which was Le Grand Mine, at La Boiselle, also known as Lochnagar. 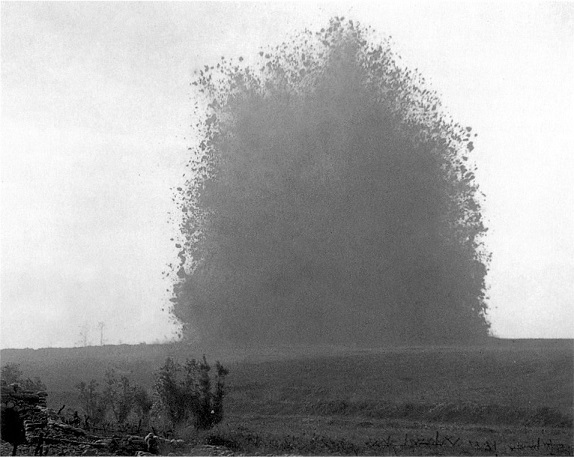 Fig 1.  Explosion of the mine beneath Hawthorn Ridge Redoubt at Beaumont Hamel, on the Western Front during World War I (July 1, 1916). Photo by Ernest Brooks. https://en.wikipedia.org/wiki/Tunnel_warfare#/media/File:Hawthorn_Ridge_Redoubt_mine_(1_July_1916)_1.jpg

The whole earth heaved and flashed, a tremendous and magnificent column rose up into the air. There was an ear-splitting roar, drowning all the guns, flinging the machine sideways in the repercussing air. The earth column rose higher and higher to almost 4000 feet [1220 metres]. There it hung, or seemed to hang, for a moment in the air … then fell away in a widening cone of dust and debris. A moment later came the second mine.

Despite the spectacle of these mines, their effect was disappointing in terms of muting the appalling loss of life inflicted on the British by German machine guns and artillery that day.

However, the following year in Flanders, the Underground War was to achieve its pinnacle of success.  It was not just the use of mines that aided the Allied effort, but the use of underground tunnel systems to get troops below ground and out of enemy observation and artillery fire.

When the Canadians captured Vimy Ridge in April 1917, they had put nearly 10,000 men underground in large ‘subways’ that accommodated power, water and even light rail, so they were neither visible to the Germans or exposed to their fire until the last moment.  Combined with mines, the surprise effect contributed significantly to the Canadian victory.

Just to the south, near Arras, the scale of underground operations was even greater.  In preparation for the Arras Offensive in the Spring of 1917, the British High Command became aware of a network of underground mine and quarries under the city of Arras.  The ordered the New Zealand Tunnelling Company to connect them up and create a massive safe harbour for up to 25,000 men, who sallied forth out o the system and into the attack in April 1917.

Both of these sites are today accessible by visitors.  Vimy Ridge and the 'Wellington Quarries' in Arras, give an eerie insight to this little known aspect of the fighting in the Great War. 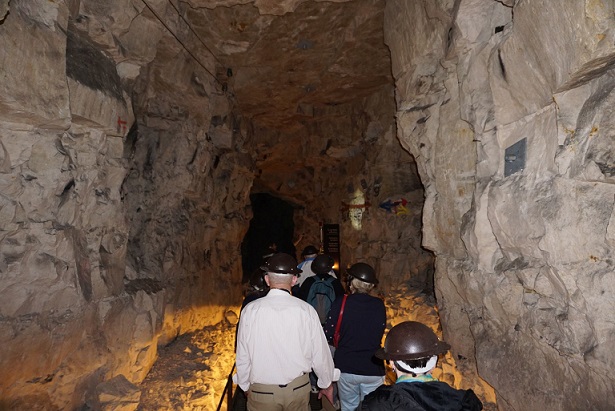 Not for the Faint-Hearted

The men who made this possible and who fought this ‘war of the troglodytes’ were generally ‘hard rock miners’ from Britain and the Dominions.  They played a tense and dangerous game of cat and mouse with their underground enemy, the German Miners, each hoping to detect and destroy the other’s tunnels and their occupants.

While images of mines detonating are well known, less well known are the pitched battles which were fought in the confines of these tunnels.  If an enemy tunnel was detected, a counter shaft would be laid close to it, and then a ‘camouflet’ charge would be fired to blow in the other tunnel and infantry would pour into the breach to kill the enemy miners and take control of their tunnels.  Hill 60 in Belgium contains the remains of hundreds of soldiers, Allied and German, who died in the underground battlefield.

Vimy Ridge north of Arras and a dominant piece of terrain, was one of the most intensively mined sectors on the Western Front.

Between Oct 1915 and April 1917 an estimated 150 French, British and German charges were fired along the 7 km length.  The greater part of this activity occurred prior to September 1916.  By that date the British had constructed laterals along most of the front between 60 ft & 100 ft (20m & 30m) below the surface, effectively blocking all mining attack. Thereafter both sides largely confined themselves to defensive mining and many German miners were switched to construction of Hindenburg line defences, whilst the British miners concentrated on subways and dugouts.

For a full description of the Mining operations against Vimy Ridge, readers are referred to the website of The Durand Group, a British-based organisation that is mapping and telling the story of Great War mining operations. The following is an extract of their site.

The culmination of mine warfare on the Western Front was the 2nd Army attack on the Messines Ridge on 7 Jun 1917.  The big difference to 1916 was the coordination and application of massive artillery support, and a new tactical concept called "bite and hold" devised by British General Sir Herbert Plumer ('Daddy' Plumer), whereby the infantry would gain intermediate objectives consolidate their defence and protection before having follow up troops move through onto the next phase of the attack.

In issuing his orders he famously siad to his Commanders "Gentlemen, we may not write history tomorrow, but we will certainly re-arrange the geography".  They did both.

In conjunction with the most powerfully concentrated artillery barrage to that date, 19 (of 21 that were supposed to have been fired) deep mines with a total of 937,450 lb of explosive were fired along the 10 km front at zero hour, all within 30 seconds of each other.  The explosions were clearly heard in London and registered on a seismograph in Switzerland.  The northernmost one at Hill 60, was fired by the 1st Australian Tunnelling Company and made famous in the movie "Beneath Hill 60". 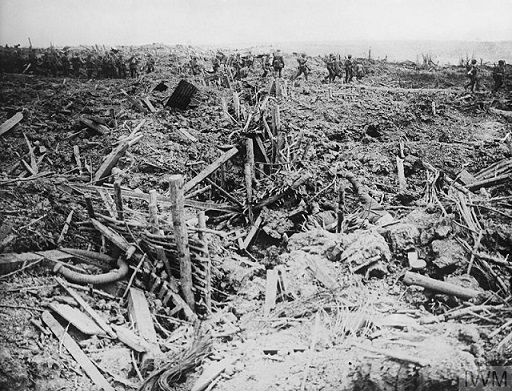 The German defence was totally shattered with several thousand German troops obliterated by the explosions.  One of the most strongly fortified positions on the Western Front was taken within an hour or so, with much reduced casualties to the attacking Divisions.  Although the fighting went on for a week or so afterwards, the result had been secured early with much reduced casualties to the British.

The concept of a deep mining attack against the Messines Ridge was first proposed in early 1915 by Maj Norton Griffiths.  The first of the tunnels was initiated in July 1915.  In January 1916 General Plumer approved an all-out effort.  At peak 9 Tunnelling Companies were employed on the preparations, including all three Canadian Companies.  Many of the mines were in position by mid 1916 and had to be preserved and defended for a year or more. 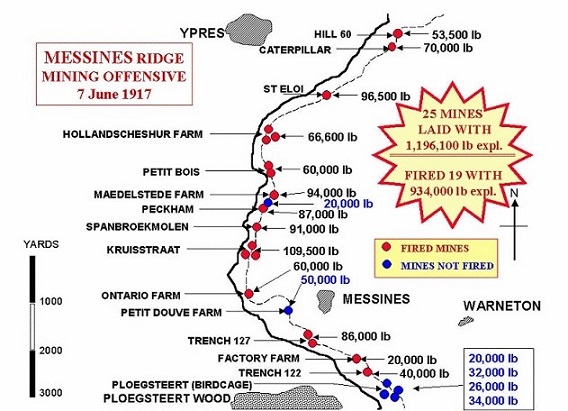 Messines hastened the process of tactical change on both sides.  Opportunities for mining attack diminished as the line became less contiguous.  Underground shelters were constructed throughout the Third Ypres campaign but the water table was so high that it was never-ending battle to keep water out of the dugouts. 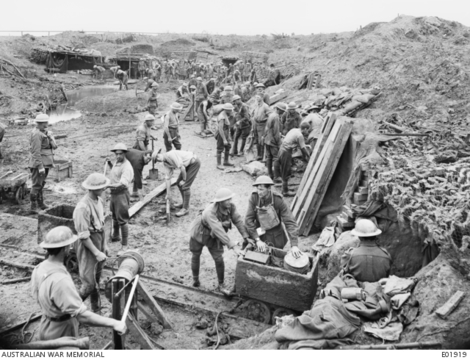 Fig 7 Men of the 1st Australian Tunnelling Company near Hooge in Belgium late 1917.  For full description and names of identified personnel,  see this link

The Mining Companies were re-tasked as Field Engineers, undertaking construction of defences, dugouts, subways, bridges and other Engineer duties.  In March to May 1918 many Companies distinguished themselves as infantry.  After that, in the great advances of the last 100 days, they were employed on lifting booby traps, and road and bridge construction.  The Australian 1st Tunnelling Company was the last AIF ground unit in action in WW1 when supporting the British IX and XIII Corps erecting bridging under fore to cross the Sambre Oise Canal,  in the last major British action of the war.

By June 1916, when the British mining establishment neared its peak, 33 Tunnelling Companies had been raised as follows:-

There were three types of Mine charges:-

Offensive mines could be further subdivided into the COMMON Mine and the FOUGASSE. Mine

A Common mine was designed to blow up the enemy.

A Fougasse mine was designed to bury the enemy by throwing a large amount of debris over the enemy position.

Defensive mines were designed to destroy or disrupt enemy mining.  This was usually done by placing a Camouflet charge close to the enemy tunnel. A ‘Camouflet’ is a subsurface charge which is designed to be contained in the earth and not break surface.

Tactical mines were not aimed at destroying the enemy.  Usually these were to provide a high rim for firing positions overlooking the enemy, or conversely to screen off enemy positions, or to obstruct enemy approaches.

A variation on the above themes are Bored Mines (usually known as Wombat mines from the hand drilling rig employed).  These were mostly tactical; blown to provide a screened route across No-Mans-Land as in the attack at Vimy Ridge in April 1917