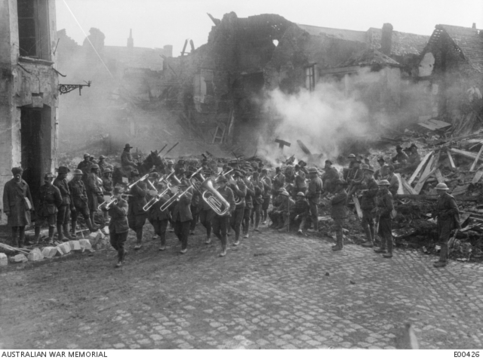 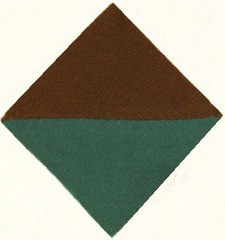 The 19th Battalion was raised at Liverpool SW of Sydney in early 1915, as part of the 5th Brigade in the 2nd Division, and its soldiers were drawn from NSW.

19th Australian Infantry Battalion AIF had been raised in February 1915 but there is little detail of its early existence other than in the personal files of those drafted into the Battalion during that month.

The Battalion departed for service overseas on 25 June 1919 on A40 HMAT Ceramic finally disembarking at Alexandria in Egypt on 23 July 1915.

After training in Egypt, the Battalion after a short sea voyage via Lemnos disembarked at Anzac Cove on 21st August, 1915 and entered the line at Hill 60 the following day. From 18th September until the evacuation, the unit was responsible for the defence of Popes Hill, one of the most critical points in the ANZAC defence system. Over two days,19-20 December, it took part in the Australian withdrawal from Gallipoli and after resting at Mudros on Lemnos Island arrived back in Egypt on 7January 1916.

After re-organisation in Egypt, and helping prepare defensive positions east of the Suez Canal 19th Battalion was moved to France on the Western Front disembarking at Marseille on 25 March 1916.

The Battalion’s first major action in France was at Pozieres, which was notable in that according to Australian Historian Captain CW Bean the German shelling was the most intense ever experienced by the AIF during the War. The shelling was in support of numerous German counter-attacks to recover their vital ground. Casualties suffered by 1 ANZAC Corps in this battle amounted to 23,000 over a period of about 40 days.

Possibly the most notable action of 19th Battalion was its capture and defence of Gird Trench part of the notorious 'Maze' defence system north of Flers on 14th November, 1916. The failure of the flanking battalions to reach their objectives left the unit out on its own, holding a salient deep within the German lines.

For two days and nights 19th Battalion held this position against counter-attacks and intense shelling, using German weapons so that their own.303 ammunition could be used to maintain their Lewis Guns in action.

Of the 451 all ranks that went into the attack, 381 became casualties of whom more than 100 were KIA, reported as MIA then later confirmed as KIA or were WIA and subsequently DOW.

Another notable action was at Second Bullecourt on 3rd May 1917. Due to heavy enfilading German machine gun fire from Queant the Battalion again suffered heavy losses and barely managed to take the first objective of the three objectives allotted to it before being relieved on the following day. Of the 14 Officers and 550 Other Ranks that took part in this ill conceived and badly planned attack at least 115 members of the Battalion were KIA or reported MIA and later after Courts of Enquiry were confirmed as KIA.

On 20 September 19 Battalion moved back into Belgium where it took part in a series of operations collectively titled The Third Ypres Offensive. During preparations for an attack against Broodseinde Ridge the Commanding Officer, Lieutenant Colonel C.R.A. Pye, DSO, was killed in action on 4th October, 1917.

As a result of the great German break through on the Fifth Army front in the Spring of 1918 19 Battalion was moved from Belgium and sent back to The Somme River Valley where it re-entered the front line south of Villers-Bretonneux on 6th April, 1918 west of the Bois de Hangard – Hangard Wood.

For his gallantry and bravery during the course of this action, Lieutenant Percy Valentine Storkey was awarded a Victoria Cross for a daring series of acts, which enabled the attack to succeed.

19th Battalion was constantly in the line during the period of the great British offensive, which was spearheaded by the Australian and Canadian Corps in the Amiens sector, from the 8th August to the 11th August, 1918. This action was described by the German commander, Ludendorff, as "the black day of the German Army" and on this day and the days that followed as the German Army retreated fighting tenaciously for every position, 19th Battalion played an effective part.

During the great advance to the Hindenburg Line, 19th Battalion, as part of the 5th Brigade, rushed the great fortress area of Mont St Quentin, which was defended by the Prussian Guards. General Rawlinson, commanding the British Fourth Army, described this as the "finest single feat of the War".

The last action fought by the Battalion was the capture of the Beaurevoir Switch Line, which breached the great Hindenburg Line on 4th October, 1918.

The Australian Corps was then withdrawn for rest and re-organisation, which involved the disbandment of that battalion in each brigade which was numerically the weakest, in order that the others might be brought up to strength.

On 10th October, 1918, 19th Australian Infantry Battalion was one of eleven battalions of the AIF to suffer this unhappy fate.

Through October 1918, Allied troops advanced quickly through a sequence of successful offensives, and threatened the last German line of retreat. Having suffered a series of major setbacks and defeats, the German forces finally collapsed and Germany agreed to an armistice on 11 November 1918.