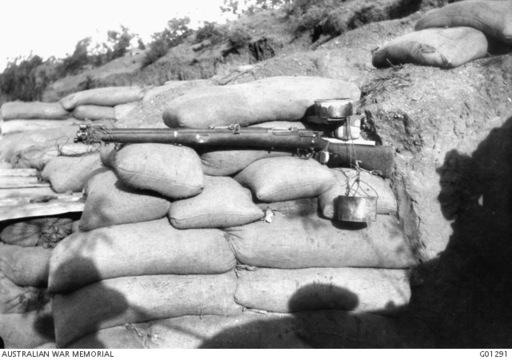 The 7th Battalion was raised at Broadmeadows Camp north of Melbourne.  The Battalion's Commanding Officer was the redoubtable and outspoken Howard 'Pompey' Elliot, a lawyer, citizen soldier and veteran of the Boer War.

They were assembed, equipped and trained (many had served in the senior cadets and militia so army drill, shooting and field exercises were not new to them) and by late October the Great Convoy began assembling in ports around the country departing over the period 15-25 October 1914  bound initially for Albany in Western Australia to concentrate and pick up their escorts before crossing the Indian Ocean for the Middle East.

The 7th Battalion landed at Anzac on 25th April 1915 as part of the second wave, led by their redoubtable commanding officer.  But things got off to a bad start. Landing at North Beach, their landing point was overlooked by an Ottoman machine gun post which opened fire inflicting very heavy casualties and casuing some boats to drift off full of dead and wounded.  A total of 5 officers and 179 soldiers were lost.

In early May,  the 2nd Brigade was transferred from ANZAC to Cape Helles, the suthernmost tip of the Peninsula, to help in the  British attack on the village of Krithia. The attack captured little ground but cost the brigade almost a third of its strength.  The 7th lost another 6 officers and 87 men with very little to show for it. The Victorian battalions forming the 2nd Brigade returned to ANZAC to help defend the beachhead, and in August the 2nd Brigade fought at the battle of Lone Pine in August.

The 7th Battalion distinguished itself at Lone Pine in the August battles, with four VCs awarded.

Three of these men (Tubb, Burton and Dunstan) were engaged in the same ferocious hand to hand and bombing action, holding a trench against relentless Turkish counter acttacking.

The battalion served served throughout the campaign at ANZAC until the evacuation in December.