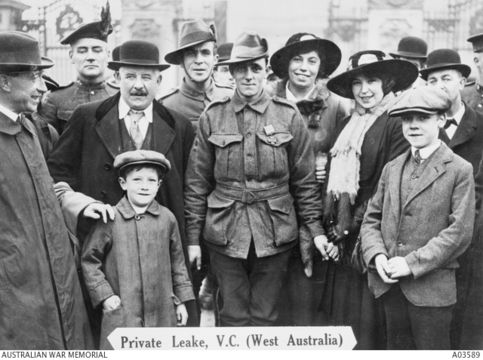 The 9th Battalion formed at Ennoggera near Brisbane, Queensland was the first battalion raised in the 3rd Brigade of the 1st Division, drawn from the "outer' or smaller States.  The colour patch reveals its connections. The rectangle signifies the First Division. The pale blue lower portion indicates the third brigade in the Division and the black upper the first battalion of the brigade.

Like its sister Battalions in the 3rd Brigade, they would go on to make history at Gallipoli as the Covering Force - the first ashore.

On August 4 1914 Great Britain declared war on Germany. Australia quickly followed the Mother Land’s call to arms. A rush of volunteers flocked to Ennoggera Barracks and to the Showgrounds Camp in Brisbane to enlist.

The 9th Battalion landed at Anzac on 25th April 1915 as part of the Covering Force, led by Lieutenant Colonel Harry Lee, the officer who had raised the battalion. The 9th Battalion initially defended the line of Second Ridge along with the rest of the 3rd Brigade, instead of their original day one objective becasue of a fateful higher command decision that was to have a detrimental impact on the entuire campaign.  It went on to serve throughout the campaign at ANZAC until the evacuation in December.

Following extraction to Egypt, it was split along with all of the Battalions in the 1st-4th Brigades to create the new Battalions of the 4th and 5th Divisions.  The 9th Battalion's 'pup' Battalion becamne the 49th Battalion in the 13th Brigade in the 4th Division.