Roebuck Bay is home to the last visible reminder that World War II reached Australian shores.[i] When the Japanese attacked Broome on the 3rd of March 1942, 15 planes sunk in the bay. At low tide, most of their ravaged remains still protrude above the mud. It has been 78 years since Broome was attacked, but the planes remain mostly well preserved. Those that are not uncovered at low tide are in especially good condition, thanks to the settling of mud preserving their hulls and the fragile artefacts inside.[ii] 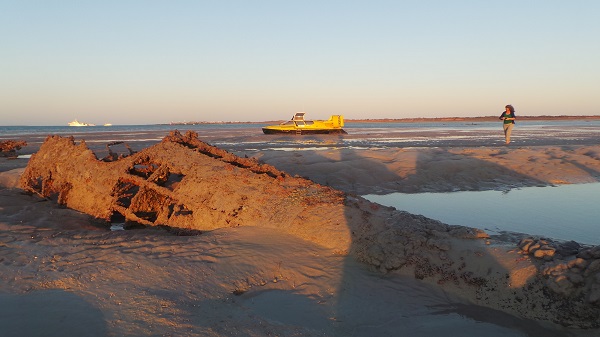 One of the visible wrecks of a PBY-5 Catalina pictured in 2019
From Travel Notes, available at: <http://ttnotes.com/wwii-flying-boat-wrecks.html> 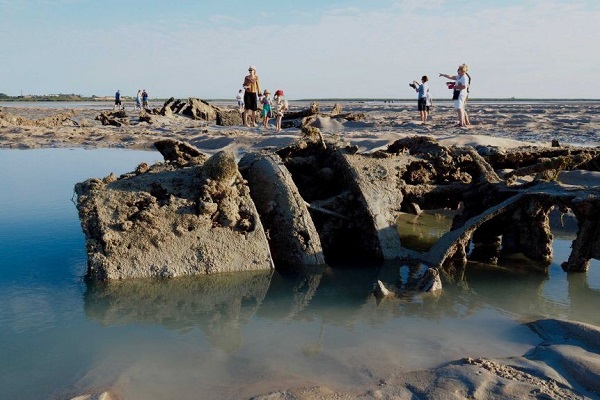 The sunken aircraft include 8 PBY Catalina flying boats, most of which were  carrying Dutch refugees. Some beautiful items have been found inside the wrecks, including many children’s toys, a stark reminder that so many innocent lives were lost that day. 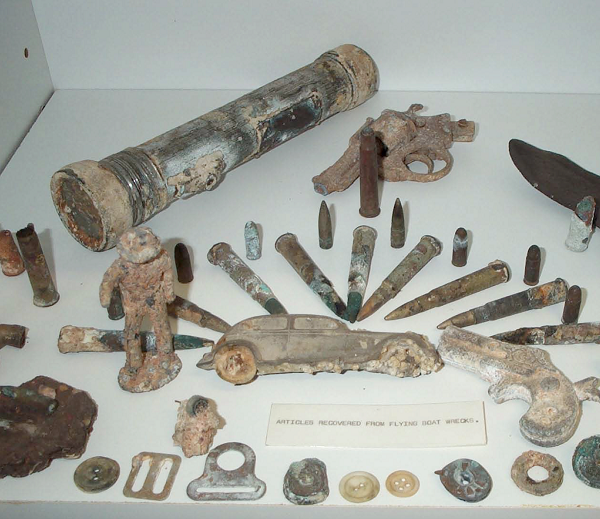 A selection of articles recovered from the flying boat wrecks
From endnote 1, page 30.

The location of some of the wrecks remains unknown. It is especially hard to locate these sites because the visibility in the water is so poor, and the large tidal range and strong currents mean parts of the wreckage could have been disturbed from their original resting places.[iii] The visible sites are thankfully protected under the Heritage of Western Australia Act 1990 (WA), but the deep-water wrecks have not been given the same treatment.

The planes in Roebuck Bay are such an im portant part of Australian military history. As the last physical record of conflict on Australian shores, they are a confirmation of the crucial role Australian troops played in the Allied victory in the Pacific, at home and abroad. They act as a memorial for the Australian, American and Dutch servicemen and civilians, many of whom remain unidentified, who were killed in the attack.

Take a look at an in-depth description of the exposed wreck in Roebuck Bay, complied by Silvano Jung from Charles Darwin University. It contains impeccably detailed diagrams of the wrecks and maps of their locations:

[i] McCarthy, M, Jung, S, Green, J and Souter, C 2002, ‘The Broome Flying Boats Papers Relating To The Nomination Of A Suite Of Flying Boat Wrecks In Broome To The Register Of Heritage Places Under The Heritage Of Western Australia Act 1990’, Western Australia: Department of Maritime Archaeology.
[ii] Ibid.
[iii] Collins, B and Mills, V 2019, New Search For Missing WWII Planes, 77 Years After 'Sitting Ducks' Were Sunk [online] Abc.net.au. Available at: <https://www.abc.net.au/news/2019-07-02/new-search-for-missing-wwii-planes-off-broome/11268258>.