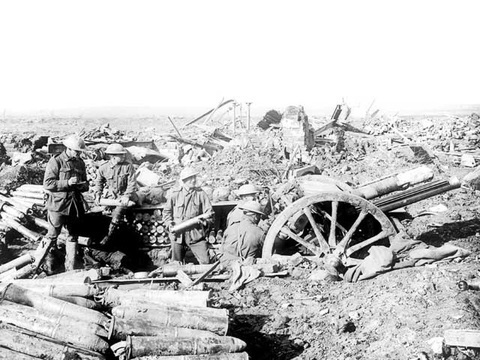 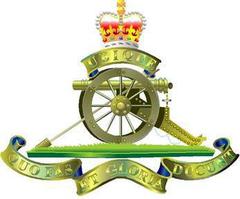 The standard organisation of Field Artillery took on the form of the Field Artillery Brigade which were formed to support infantry divisions. In 1914 and 1915 the First and Second Division each had three brigades (initially corresponding to the Brigade numeric designation). Each Field Artillery Brigade generally comprised three Batteries of four 18 Pounder Mk 1 or II guns. With a range of about 6,500 yards (almost 6km) they fired a range of ammuntion natures including High Explosive fragmentation, Shrapnel, Smoke, Gas, Star (illumination) and Armour Piercing projectiles.

Artillery units had arguably the least intuitive structure and organisation of any of the major Corps in the AIF. This in part reflected changing priority and availability of equipment.  The FAB were numbered 1-25, although 16-20 did not exist.  The AIF was organised, after April 1916, into 15 infantry brigades in five divisions. There was a Field Artillery Brigade rasied for each (1-15).  Later an additional five FAB were raised to provide an additional FAB for each Division.  21 FAB was attached to the 1st Division, 22 to the 2nd and so on, meaning each of the five Divisions had four FAB each.  That all changed again in 1917.

Artillery largely defined the landscape and shaped the terrain of the Western Front.

At the outbreak of the War, Australian Artillery was in short supply in both quantitative and qualitative terms.  The standard 'fire unit' of artillery is a Battery comprising variously four to six guns described as light medium or heavy depending on the equipment, calibre and weight of shell.

On arrival in France, the artillery was reorganised with each field artillery brigade having 12 x 18 pounders and 4 x 4.5 inch howitzers. There was initially a lack of howitzers available to meet the establishment.

As the war progressed, concentration to facilitate command and control at the highest level, became a defining characteristic of the structure of artillery units (generally and somewhat confusingly called Field Artillery Brigades, (rather than the contemporary term 'regiments' ) which were aggregations of like Batteries. Specialised sub units (Batteries equipped with specialised weapons like Siege Artillery, Heavy Howitzers and Medium and Heavy Mortars) were raised and allocated across the AIF generally at Division and Corps level.  The allocation of their fire support was similarly controlled.

If you have specialised knowledge of this unit we would be pleased to hear from you.  Unit Associations, Museums and specialist researchers etc are particularly encouraged to contribute.  Simply register to do so.