80 years ago……… Australians in the Battle of Britain

80 years ago………
Australians in the Battle of Britain

80 years ago this month, Britain was fighting for its life against the might of Nazi Germany’s Luftwaffe, and the world was watching with bated breath.  Had Britain succumbed, the world as we know it today would be a very different place.  Europe would have been overrun by the Nazis, and the ‘Free World’ would have comprised an isolated and remote United States of America and the remnants of the former British Commonwealth.  There would have been no convenient ‘springboard’ for a ‘return to Europe’ that Britain ultimately provided.  Britain was all that separated the world from a ‘New Dark Age’ as Churchill had warned in his 10th May speech. 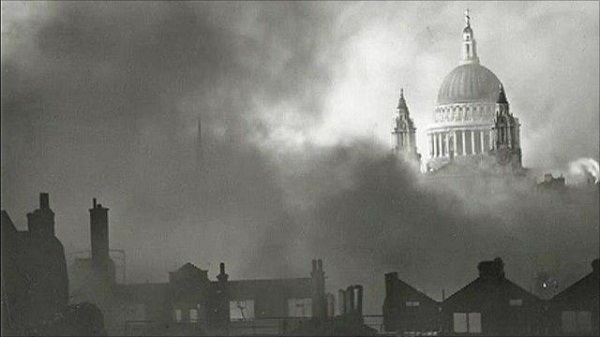 One of the enduring symbols of the Battle – St Pauls Cathedral, surrounded by palls of smoke and bombed out buildings

It is not understating its importance to claim that that it was the most pivotal Battle of WW2 in terms of its geopolitical consequences.

The Battle of Britain did not directly involve Australia or its forces, but at least 30 Australian fighter pilots took part in the Battle, all serving in the Royal Air Force’s “Few”.

The only Royal Australian Air Force unit in the UK at that time was No.10 Squadron, a Maritime Patrol unit that had gone to England prior to the outbreak of war, to take delivery of its brand-new Short Sunderland flying boats.  By agreement between Britain and Australia, they remained in the UK for the duration of the European War and played a crucial role in the Battle of the Atlantic.

Units of the 2nd AIF’s 6th Division and the soon to be formed 7th Division were also serving in the United Kingdom during the Battle.  Had Britain been invaded they would have been deployed in its defence, but as it was, most were moved to the Middle East where they went on to serve in North Africa, Greece, Crete and Syria.

Of the thirty Australian pilots who took part in the Battle, nine were from NSW, eight from South Australia, five from Queensland, three each from Victoria and Western Australia and two from Tasmania.  Thirteen of them were killed, including all of the West Australians and Tasmanians,.  One  was taken PoW.  Four more were killed in action later in the war, one died tragically in Australia in 1943 and others went on to render distinguished service post war.

Some of the men had gone to the UK after completing basic flying raining with the RAAF in Australia, whereupon they were offered ‘short service‘ commissions in the Royal Air Force.  Others had enlisted into the Royal Air Force directly.

From the outset, Australian airmen had been ‘in the thick of it’.  Two figured prominently in the Battle of France.  One became Australia’s first Ace of WW2, the other and his crewman, were to become the RAAAF’s first combat fatalities.

Prelude – the Battle of France

After Britain and France had declared war on Germany in September 1939, a period known as “The Phoney War” unfolded for more than six months, when not much happened by way of European land battles.

That changed in April 1940 with the invasion of Norway, and subsequently on 10 May 1940, Germany launched attacks into France, Belgium, the Netherlands and Luxembourg, bringing the stalemate in western Europe to an end.

On the same day, Winston Churchill became the British Prime Minister, ending any likelihood of Britain seeking to negotiate terms, as the Nazi Leadership had hoped.  Churchill’s famous ‘we shall fight them on the beaches’ speech was delivered in the British Parliament on that day.

Britain had sent troops and aircraft to help defend France and Belgium.  By mid May, it was apparent that the Nazi war machine could not be held.   France was wracked with political division and disunity, and apart from some pockets of effective resistance, the Nazi’s Blitzkrieg tactics were stunningly effective.

When a German armoured column outflanked the much-vaunted Maginot Line fortifications, and penetrated the Ardennes Forest, appearing near Sedan in northern France, a hammerblow tactical victory was achieved.  They crossed the Meuse River and fanned out beyond. 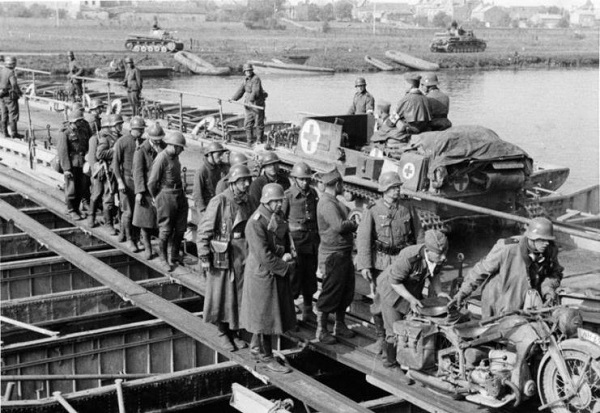 The breakthrough at Sedan was the ruin of the Allied campaign in France. Generals Guderian and Rommel raced for the Channel coast, with Guderian the first to arrive on the 20th of May. The Allied armies were shattered, demoralized, and split in two.

It was during this time that a young Australian pilot cut a spectacular but brief swathe through attacking Luftwaffe formations.

Flying Officer Leslie Clisby, from South Australia’s Mclaren Vale, had, like dozens of colleagues in the late 1930s, undertaken basic flying training with the RAAF in Australia.  On graduation they had been offered short service commissions in the RAF.  Like most of his colleagues, he accepted.

By April 1940, he was flying Hawker Hurricanes with No. 1 Squadron RAF in France.  In three short frenetic weeks, during the ‘Phoney War’ and then the opening stages of the invasion of France, Leslie Clisby became the first Australian ‘Ace’ of WW2. 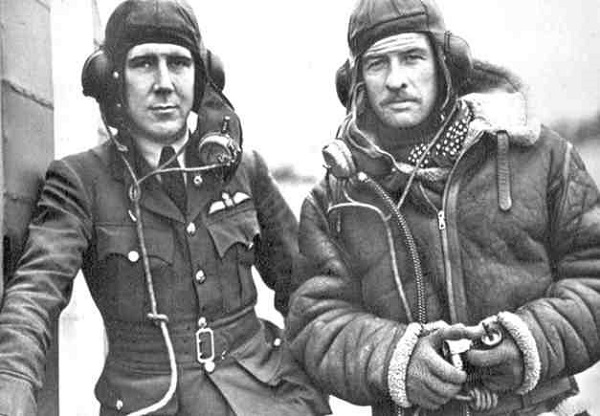 He then proceeded to accumulate 16 confirmed ‘kills’, although his Squadron Commander insisted it was more like 20.  Noted for his aggressive flying style and the fact that he persisted in wearing his old, darker RAAF uniform, photos reveal him to appear haggard and drawn by mid May. 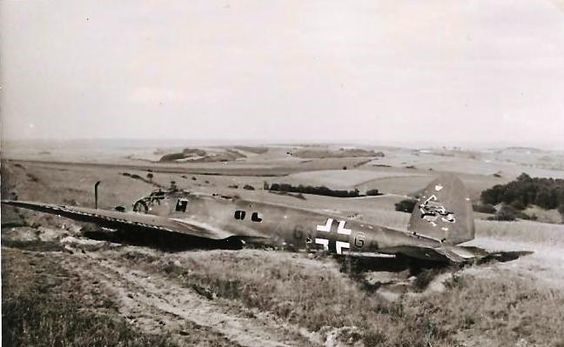 A Heinkel He 111 shot down by Clisby near Coulommes-et-Marqueny on 13th May 1940.  The crew survived to be captured by Clisby who landed alongside and drew his revolver.  He and his entourage made it safely back to his unit only to be killed in the following days.

Clisby and one of his closest mates Flying Officer Robert “Lorry” Lorrimer were both lost in the same action on 14th May 1940.  Les Clisby is buried in Chuilloy war cemetery in northern France.

By the 26th May, the British had begun ‘Operation Dynamo’, the extraction of the remnants of the BEF from Dunkirk.  They retrieved over 300,000 men but most of their weapons and equipment remained in France.

The German invasion of France continued apace until the 20th June when the French Government signed an instrument of surrender, in the very same railway coach that had been used for the Armistice in 1918 in the Forest of Compeigne north of Paris.

As the Nazi grip on France was tightening, another Australian pilot featured in a desperate attempt to rescue the wife of Free French leader Charles de Gaulle.  Flight Lieutenant John Napier Bell of Farina in South Australia’s far north and his Navigator,  Flight Sergeant Chas Harris, both of No. 10 squadron RAAF were to become the RAAF’s first combat fatalities.

A story about John Napier Bell will be posted in the leadup to the 80th anniversary of the Battle of Britain.