In 1942 the Battle of the Coral Sea fought between the Japanese Navy and the combined forces of the U.S Pacific Fleet and Royal Australian Navy was Japans first major defeat in the Pacific campaign. The defeat caused Japan to alter its plan for a seaborne invasion of Port Moresby.

The Japanese forces landed at Gona in Papua Guinea on 21 July 1942. This was originally a test of whether an overland offensive could have any effect. This task was assigned to the Japanese 17th Army under Lt.Gen.Harukichi Hyakutake. stationed on Rabal.

The first contact between Japanese and the Australian 39th Battalion with elements of the Papuan Infantry occurred at Awala on 23 July 1942. The Australian force could not hold its ground and was pushed back to Isurava on 27 August 1942. 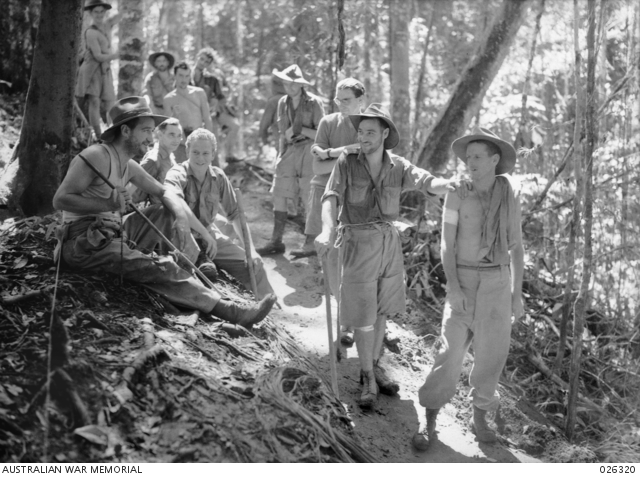 The Australians troops deployed at that stage were Militia troops, as the AIF was still being repatriated from the Middle East .  The Militia was ill equipped; they were wearing khaki uniforms and were equipped with only light weapons; no Bren light machine guns were available, nor was any artillery of any consequence because the guns could not be deployed up the rugged Owen Stanley ranges.  They were inadequately trained, not at all familiar with jungle warfare tactics and so had little chance of holding the superior Japanese forces.

But the 39th Battalion distinguished itself in conducting a desperate delaying defence along the Kokoda Track.  This action could be compared to the Spartan's stand at Thermopylae nearly 2000 years previous. Although the Spartans were a highly trained force, the principle of making a stand to allow the remaining forces time to prepare was the same.

Reinforcements were initially limited to the other militia battalions such as  the 53rd Battalion, which moved to hold the flank of the 39th Battalion’s position at Isurava.

Combat experienced troops of the 7th Division troops were ontheir way and the 2/14th and 2/16th Battalions of the AIF also moved to hold Isurava. This engagement of intensive fighting lasted for 5 days.

A series of fighting withdrawals ended at Imita Ridge with the Australians dug in at a fortified position. The Japanese Forces after crossing the Owen-Stanley range had exhausted their supply lines and could not push the battle any further.

The Australians were now resupplied and reinforced and had US Army support and soon were in a position to go on the offensive. They discovered that the Japanese had broken contact and withdrawn after they were ordered to retreat.

The Japanese retreated over the mountain range whilst being pursued by the 16th and 25th Brigades of the A.I.F. Several large actions were fought along the track to Kokoda, which was retaken on 2 November 1942. There was one last battle at Ovivi-Gorari and the campaign concluded on 18 November 1942. 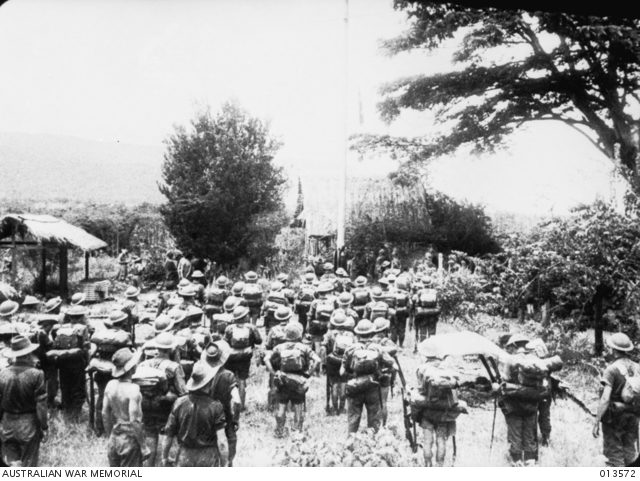 The difficult nature of the terrain in Papua New Guinea and the lack of an effective supply line for the Japanese forces were the major factors that gave the Australians the advantage to successfully repel the offensive along the Kokoda track. If the Japanese were able to resupply and give effective air support to the land forces the result would have certainly altered the allies' strategy for the Pacific.

The Australian forces suffered 491 Killed in Action, 1023 wounded in action, 66 missing presumed dead and further 67 died of wounds received, a total of 1647. Japanese figures are estimated at 15000 killed and wounded in action

The Kokoda campaign once again highlighted that when faced with adversity and an overwhelming situation the ANZAC character came to the fore.