The Symons of South Australia

Family connections are among the most poignant facets of the impact of war on society. From those linking siblings who served, and those binding them to the families and communities they left behind, to those we have with people we have never met but with whom we nevertheless share an unbreakable bond, we remain fascinated with the ties of blood in times of war. In this article, we would like to share with you the story of the Symon family. Oscar Sturt was the only one who enlisted in and with an Australian unit. Nevertheless, each of the sons, along with many other members of the Symon family, made an important contribution to the war effort. 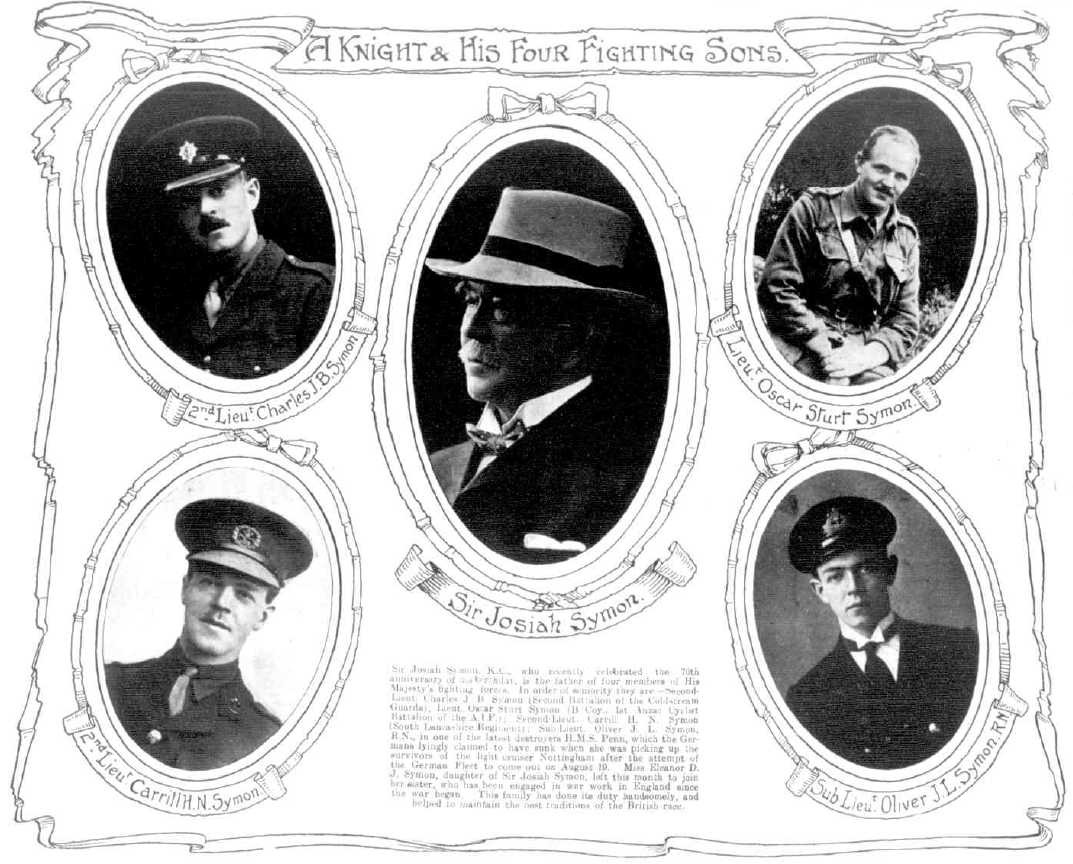 Those who have visited the State Library of South Australia may have had the opportunity of an intimate glance into the world of the Symons, through Sir Josiah’s library, gifted in its entirety, writing desk and all, in 1935. Born to a cabinet maker and his wife in Caithness, Scotland, Sir Josiah played an integral role in the politics of the South Australian colony. Described as a “fiercely independent and committed federalist” his influence on the federal constitution began from his contribution to the first federal Convention in 1891. His key impacts were in the areas of legal issues and, ever a matter of contention in Australia, South Australian rights over the river Murray.1 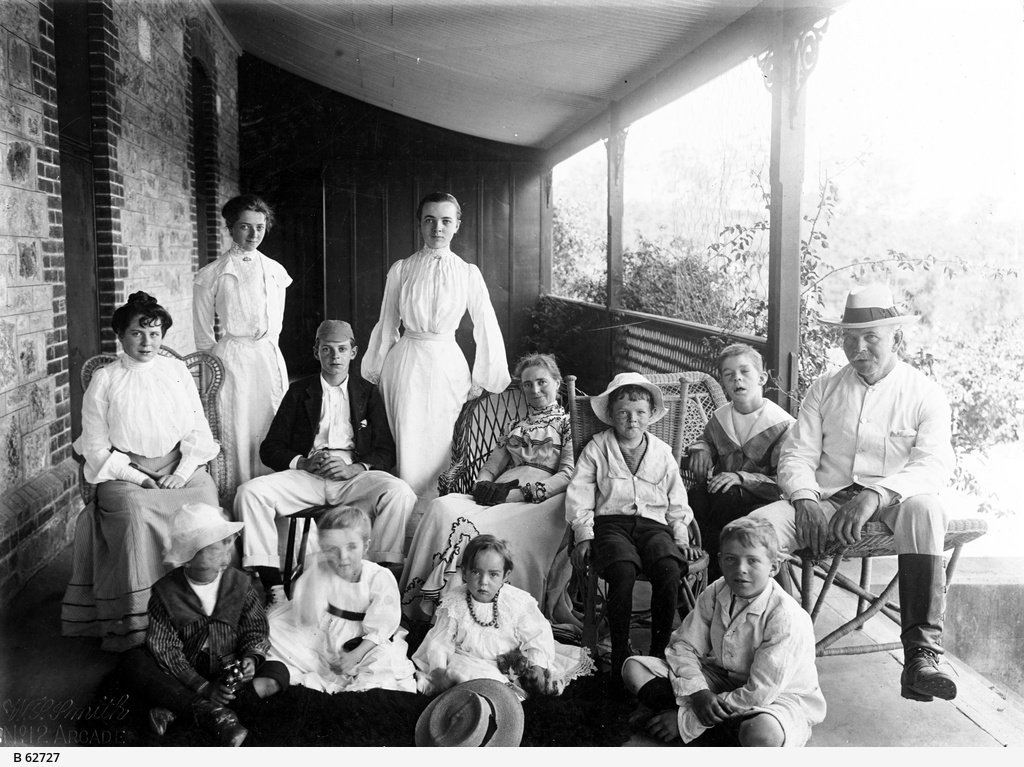 When war came to the world, the entire Symon family threw itself wholeheartedly into the war effort. The eldest son, Charles James Ballarat Symon, who had been born aboard the SS Ballarat on 1 July 1886, enlisted into and was promoted to a Second Lieutenant in the Coldstream Guards. The second son and the only one to enlist in an Australian unit was Oscar Sturt Symon. Born at Upper Sturt on 28 March 1891, Oscar served initially with the 27th Battalion and finished his military career as a Lieutenant in the 1st Australian Cyclist Battalion.

Both of the younger sons were born in Fitzroy, most likely at Sir Josiah and Lady Symon’s residence, ‘Fitzroy House’,2 and both enlisted in England. Carill Hector Nicholson Symon, born 22 September 1893, served as a Second Lieutenant with the South Lancashire Regiment, while the youngest, Oliver Jose Lewers was a Sub Lieutenant with the Royal Navy, serving on the destroyer HMS Penn. Fortunately for the Symon family, German claims to have sunk the Penn while she was picking up survivors from the HMS Nottingham proved to be false.

Two of the daughters, one identified as Eleanor Dorothy Jean Symon born at Glenelg on 17 February 1884, contributed, with both “engaged in war work” in England. In a standard show of loyalty to the empire, the Adelaide Observer remarked, “this family has done its duty handsomely and helped to maintain the best traditions of the British race.”3

On the home front, Sir Josiah and Lady Mary demonstrated commitment to the cause. Sir Josiah argued for conscription. His comments on the conscription referendum, published in The Register on 30 October 1916, made his sentiments clear.

Held two days before the publication of Sir Josiah’s views, the bid for conscription was narrowly defeated 1,160,033 to 1,087,557. No doubt much to Sir Josiah’s disappointment, South Australia, along with New South Wales and Queensland, had voted “No”. Although he was proved right from the soldiers’ perspective, the margin between “Yes” majority and the “No” minority within the AIF was significantly smaller than he might have hoped at 72,399 to 58,894.5

Care for the soldiers at the front, and for the families desperately awaiting news back home, was just as dear to the Symons. Sir Josiah, along with Messrs Lewis of Gawler encouraged the Law Society to raise the 556, 11 for an ambulance for the front,6 and he was instrumental in establishing the South Australian Red Cross Information Bureau, organising it at the request of the South Australian President of the Australian Red Cross Society, Lady Galway.7 Born in Tasmania, Lady Mary worked as a Red Cross administrator in South Australia for the duration of the war, while also attended public engagements such as the unveiling of the honour board at Upper Sturt, where the family had their county residence and where Lady Mary also assisted a local Red Cross branch.8 One of the Miss Symons also worked as a volunteer at the Information Bureau.9 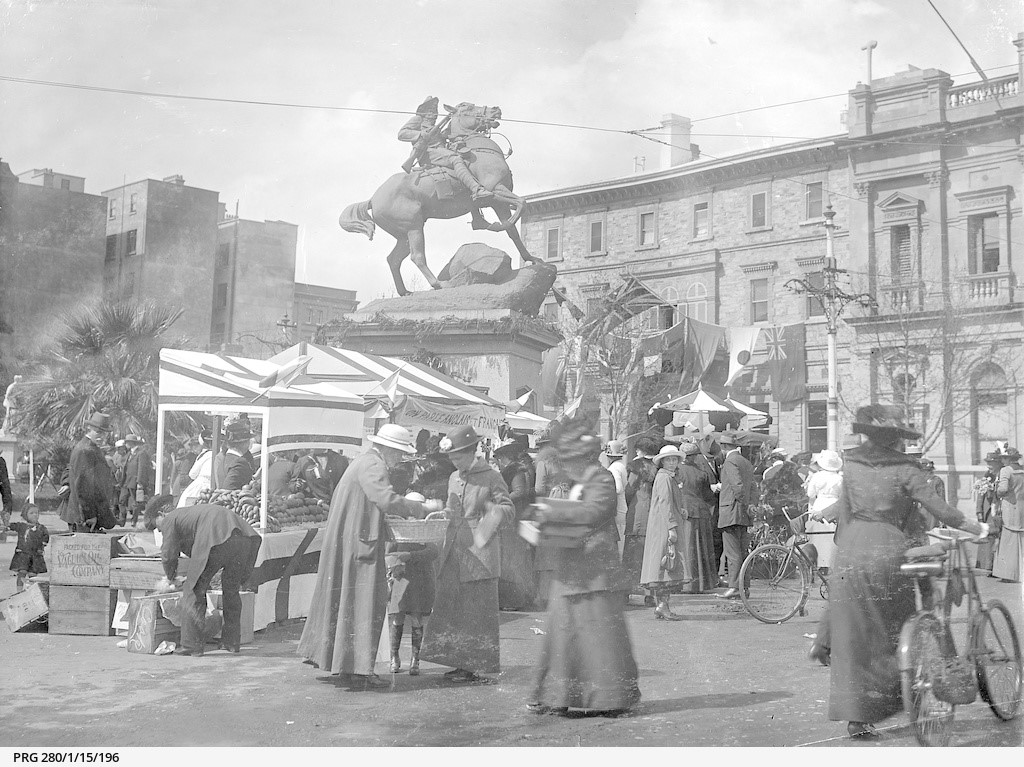 Fund raising for the Red Cross during World War I in Adelaide, State Library of South Australia, PRG 280/1/15/196

Given a state funeral in 1934, Sir Josiah demonstrated the strength of his convictions to the end, with his executors having to apply to the High Court to have “scandalous, offensive and defamatory words” removed from his will.10 In many respects, the Symon family were privileged, but it is in one respect in particular that resonates with us this December; of the four sons who went away to fight, four returned. Very few families had that fortune in the Great War.