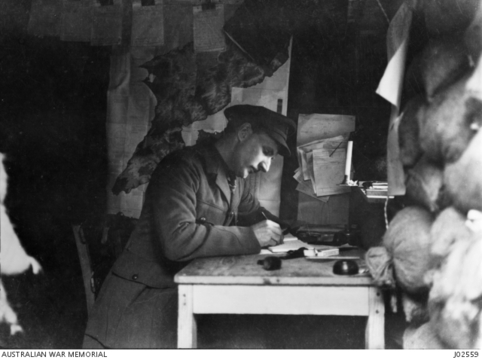 The 1st Brigade was raised in Sydney, New South Wales, shortly after the start of World War I in August 1914 for service overseas as part of the Australian Imperial Force (AIF). Upon formation it consisted of four infantry battalions—the 1st (/explore/units/320), 2nd (/explore/units/289), 3rd (/explore/units/333) and 4th (/explore/units/88) which drew their men from all over NSW.

During the war, the 1st Brigade took part in the fighting at Gallipoli and on the Western Front in France and Belgium.

It was disbanded in April 1919, but the Brigade's identity has persisted to the present day as part of the Australian Regular Army

Key campaign  in which the brigade was engaged include: ANZAC, Lone Pine, Pozieres, Bullecourt, Passchendaele, Hazebrouck, Amiens and the Hindenburg Line.

Five soldiers from 1st Brigade units received the Victoria Cross, Australia's highest military decoration, for their actions during the war.