Recognition of outstanding acts of bravery has long been part of the process and narrative of war. Napoleon Bonaparte is reputed to have said that “men will fight long and hard for a piece of ribbon”.1

This may have been a reflection of motivations at that time (or perhaps his own values) but it is not always a view that would resonate with Australians. If we have learnt anything as a nation from our participation in global conflicts it is that our men and women are motivated to fight long and hard for two things above all else – freedom and mates. Nevertheless we will always value formal recognition of their service and sacrifice.

This is the first of many articles, the aim of which is to increase the knowledge of military awards for outstanding bravery made to Australians by other nations.

The US Department of Defense2 advises that the top three awards for valour are:

The Medal of Honor is, generally speaking, not awarded to non-US citizens3 whereas the Service Crosses and the Silver Star may be. This article will focus on the US Silver Star

"The next day, six B-25 crews were ordered to bomb Gasmata and strafe flying boats. The Squadron Combat Log states, [t]his mission closely approached being an all-out suicide mission… [since Gasmata was] known to be too far for a safe operation.   Everyone on the mission was keenly aware that if the flight was intercepted on the way home, they wouldn’t have enough gas to return to Port Morseby. When the lead aircraft was unable to start one engine, Lt Schmidt's and P/O Mobsby's aircraft took the lead. The formation was intercepted en-route by 20 to 30 Zero fighters.  Lt Schmidt’s and P/O Mobsby's aircraft was seen blazing as it left the formation. P/O Mobsby was last seen trying to bail out of the top hatch.  Three of the crews that day were awarded the Silver Star for gallantry in action, including the members of Lt Schmidt’s crew. Every member of the crew, that is, except P/O Mobsby” 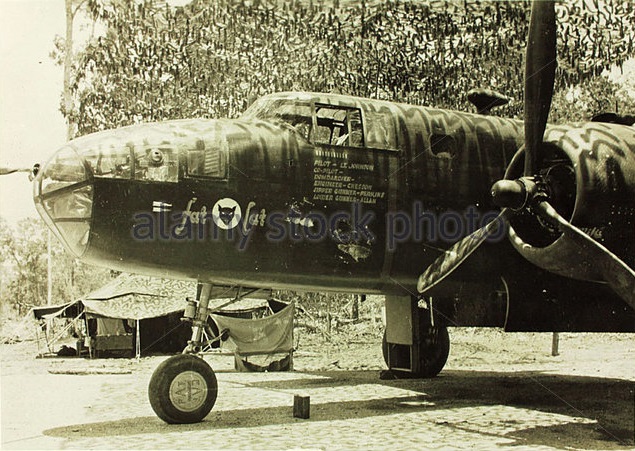 A B25C of the 90th Bombardment Squadron similar to that flown by Edward Mobsby.  RAAF personnel continued to serve with this unit which notably took part in the Battle of the Bismark Sea the following year (1943).

The text above is edited and reproduced from the Oration made by US General Carlisle in Canberra on 14 March 2014 at a ceremony to mark the posthumous award of the Silver Star to Flying Officer Mobsby.  It took 69 years and a great deal of love and dedication to his memory on the part of his wife, his daughters (and their families) for that recognition to be made. 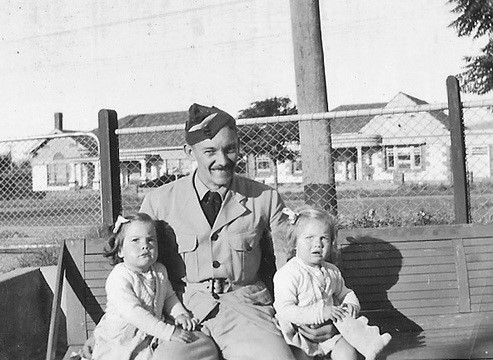 Edward Mobsby with his daughters. Image courtesy of the Read Family Collection.