In the last month of the war in 1918, a string of furious air combats took place over the countryside of northern France, involving the Australian Flying Corps’ No. 4 Squadron.

By October 1918 it had been equipped with the latest fighting scout aircraft; the fast and agile Sopwith Snipe, successor to the better known but less capable Sopwith Camel. 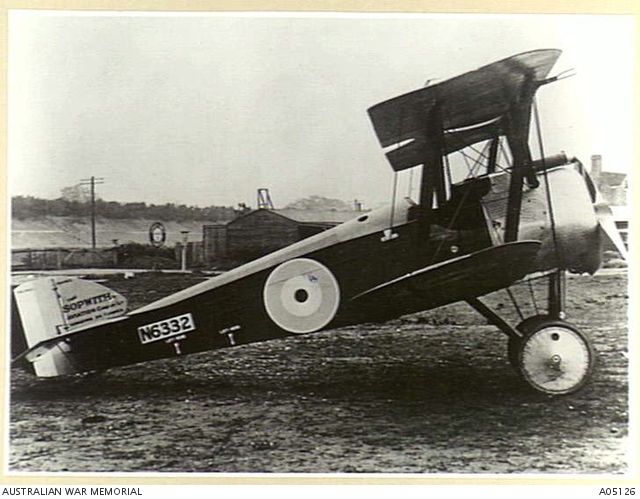 No. 4 Squadron had made a name for itself as a highly effective unit and it featured some of the AFC’s top aces.  One who had carved a niche in just five short months as a courageous soldier, highly effective pilot and a respected leader, further distinguished himself in this period, but he was himself to fall just one week short of the Armistice.

Tom Baker went on to earn two Military Medals in quick succession as a Gunner in the 6th Field Artillery Brigade in late 1916.  In September 1917 he embarked on a course of action to realise his dream of joining the aviators he saw daily above the trenches.

He qualified as a pilot in June 1918 and in a spectacular but tragically brief combat flying career lasting five months, Thomas Baker's mark was immediate and profound.   Between 23 June 1918 and 4th November (just one week short of the Armistice), he shot down a total of 12 enemy aircraft flying both the Sopwith Camel and its successor the Sopwith Snipe aircraft.  Several of his victories were against the highly effective Fokker DVII biplane fighter.  He was clearly in his element; often he closed extremely close to the enemy he was pursuing. 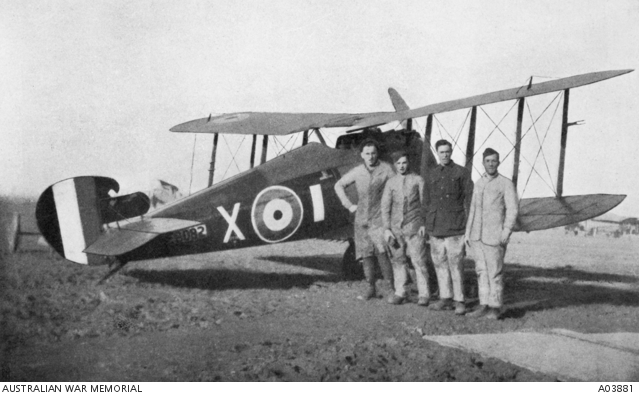 No. 4 Squadron Australian Flying Corps with the Sopwith Snipe

But while life in the Flying Corps was exciting it was also very dangerous and on the 4th November, he and two colleagues were lost in air combat over the town of Ath against a 'gaggle' of Fokker DVIIs.

Award of the Distinguished Flying Cross and promotion to captain were both posthumous.

For such a young man he had displayed great qualities of leadership and personal courage.  He was said to have had a forceful but pleasant personality, of his flying skill there was no doubt and he was a steady, respected flight-leader.