During the Second World War, Australia had a policy of imprisoning nationals of the enemy powers of Germany, Italy and Japan. This was done in order to protect Australia from attack from anyone within Australia who may hold allegiances to these foreign powers. In South Australia these prisoners were sent to a number of internment camps at the Loveday settlement in the Riverland region.

The internment camp at Loveday was founded in 1941 and was one of the largest in Australia. The 3 complexes at Loveday were named camp 9, 10 and 14. Within the camps each group (Japanese, German and the Italians) were kept separate in an attempt to avoid any ugly instances. Unfortunately part of the problem was that with these groups confined together it was quite common to have violent incidents between those of different political persuasion for example, between fascist and non fascist Italians. 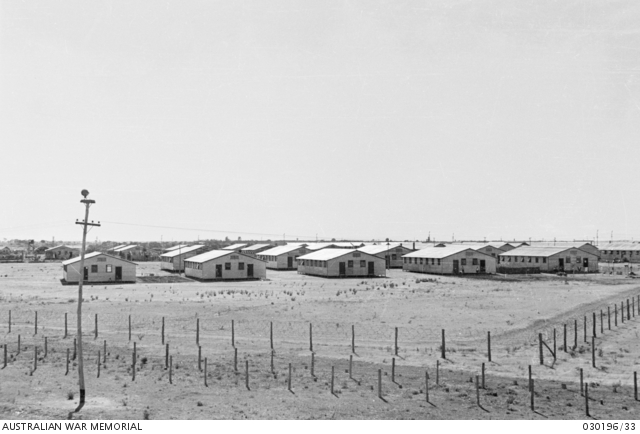 Loveday, Australia. 11 March 1943. View of a portion of No. 14 Compound, Loveday Internment Group.

One of the most interesting tales about the Loveday camp was that of a minor Italian noble by the name of Prince Alfonso Del Drago. Del Drago, who was born in 1868, was an active Fascist who had first come to Australia in 1924, when a Perth-based newspaper, the “Sunday Times”, noted that the young Italian prince had passed through Fremantle port. The paper also quoted Mussolini who said that Prince Del Drago was a “Very wonderful man”. In 1928, The Sydney Morning Herald, wrote an article on Alfonso's younger brother Rudolpho who was visiting his brother in Sydney. The article describes the family as one of the oldest in Rome and mentions a Pope as an ancestor and that the current member is also the governor of Rome.

Eventually the Italian Prince was again transferred to Camp 9 at Loveday in South Australia. One interesting story is that at one point during the war the Fascist Italian Government attempted to organise a prisoner exchange but the Italians did not have any Australian prisoners that were deemed important enough. In December of 1943 Del Drago and many other Italians who had been interned were released. Below is a picture of Prince Del Drago leaving Loveday. 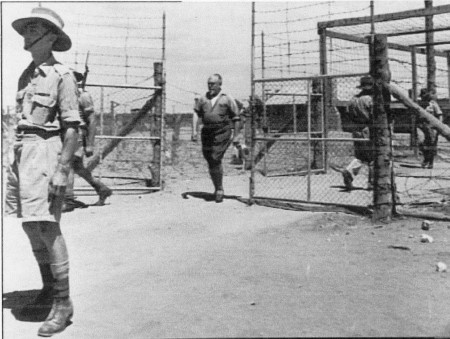 After the war, Prince Alfonso Del Drago returned to live in Sydney and eventually passed away in 1968.