For the past century, many Australian servicemen and woman have had to celebrate Christmas away from their families and home in foreign lands. Through images and memories, this article details some of the Christmas experiences that soldiers have had.

In the first year of the Great War, many Australians of the newly formed Australian Imperial Forces were stationed in Cairo, Egypt waiting to be deployed in battle and thus had a very unique Christmas spending time bartering in marketplaces with the locals and generally having a good time. From home they received packages from home that contained items such as tinned pudding, biscuits and cakes. 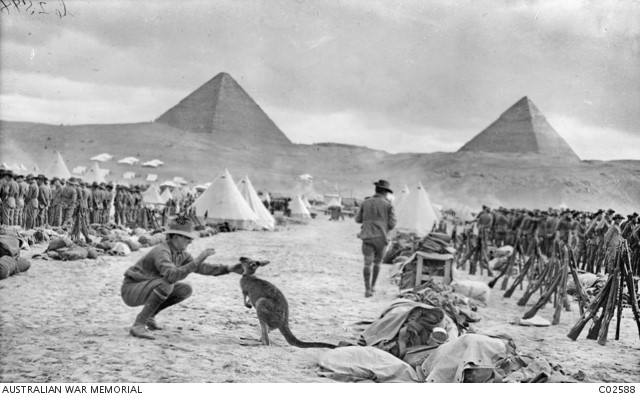 Lines of the Australian 9th and 10th Battalions at Mena Camp, looking towards the Pyramids. AWM CO2588.

Later years in the war were far different experiences for Australian soldiers with many having no choice but to spend the holiday in the trenches or at military hospitals not far away. 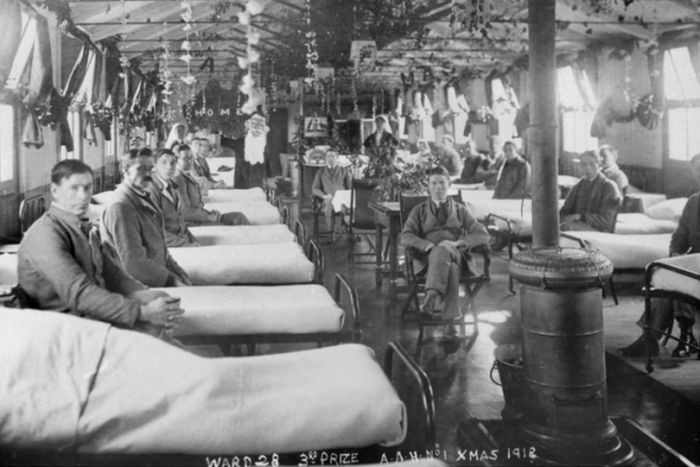 These patients at the No 1 Australian Auxiliary Hospital in Middlesex, England, are ready for their 1918 Christmas celebrations. AWM P03236.348

During World War Two, Australian servicemen and women once again left the comfort of home to fight the enemy across the globe. Many Australian soldiers also received food and gift packages from home and used Christmas as a brief time where they could relax and have fun.

In the Korean War, Australian forces were a part of the larger United Nations forces fighting against the forces of the North. Australian servicemen and woman had to deal with the freezing temperatures of the Korean Peninsula while they celebrated the Christmas season. 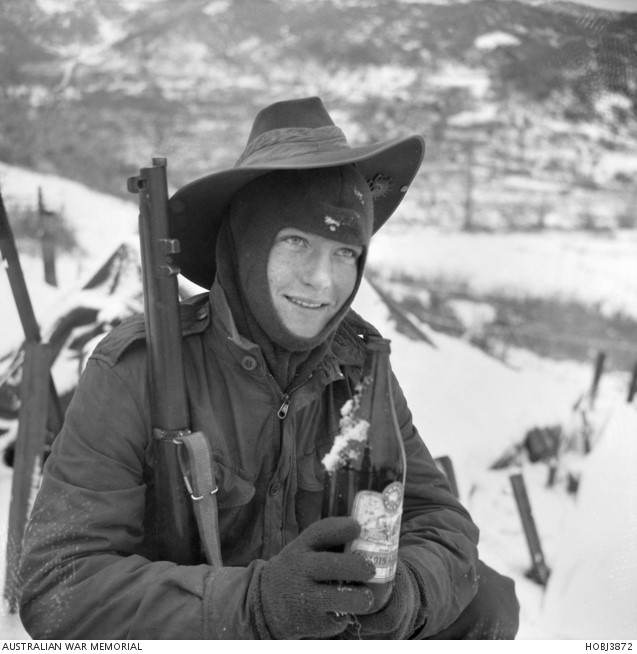 Korea. 1 January 1953. 28290 Private Lawrence Charles (Larry) Hopson of Turramurra, NSW, and of D Company, the 3rd Battalion, The Royal Australian Regiment (3RAR), enjoys a bottle of beer from a Christmas parcel, despite the fact it is half frozen.

In the Vietnam war thousands of Australians once again left their homes, this time to fight in the tropical land of Vietnam.

The more recent wars in Afghanistan and Iraq have also forced Australian Servicemen and Women to spend Christmas away from their families but this has not stopped them getting together for a bit of fun!

Throughout the history of Australia’s military involvements, we can see that scenes of servicemen and women getting together to celebrate the traditions of the holidays is a constant feature. These traditions have helped soldiers deal with being away from their families it difficult times. 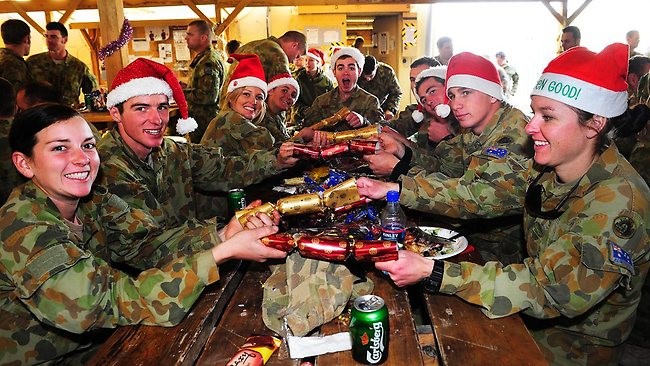