These funds were expended through Cheer-Up Huts dotted around the state, with eight country branches, in addition to the one in Adelaide. The huts contained tables for tea, a stage for entertainment and ladies in white to ensure that the “boys” were well cared for. The Observer reported that “it was a spirit of affection which made them refer to the men as “boys.” Some of them were grandfathers.”3 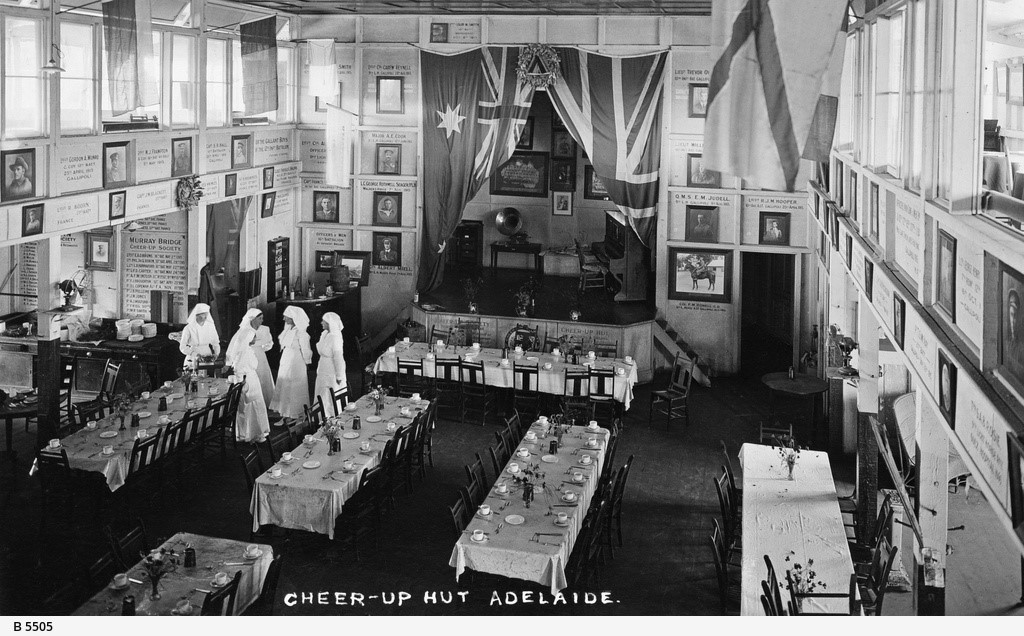 The work of the Cheer-Up Society was not confined to their huts. They travelled to places like Oaklands camp in December 1914, where enlistment was proceeding at a pace, putting on a program of music designed to heighten patriotic sentiment.4 However, the highlight of the Cheer-Up Hut’s events came just over a month later at the Egyptian Fair. Held in the grounds of the Cheer Up Society over two days, and managed jointly by the society and the RSA, the Egyptian Fair included all manner of inducements for visitors to part with their money. The chief entertainment, and revenue raising venture, was the “Battle of Adelaide,” a mock engagement between the combined forces of the society and the RSA on one side and the people of Adelaide on the other. The battle was “opened with tremendous zest” and the fighting, which continued to late in the evening, had to be suspended and renewed the following day. The public “had been fought heartily for their money, and they had yielded freely”.5 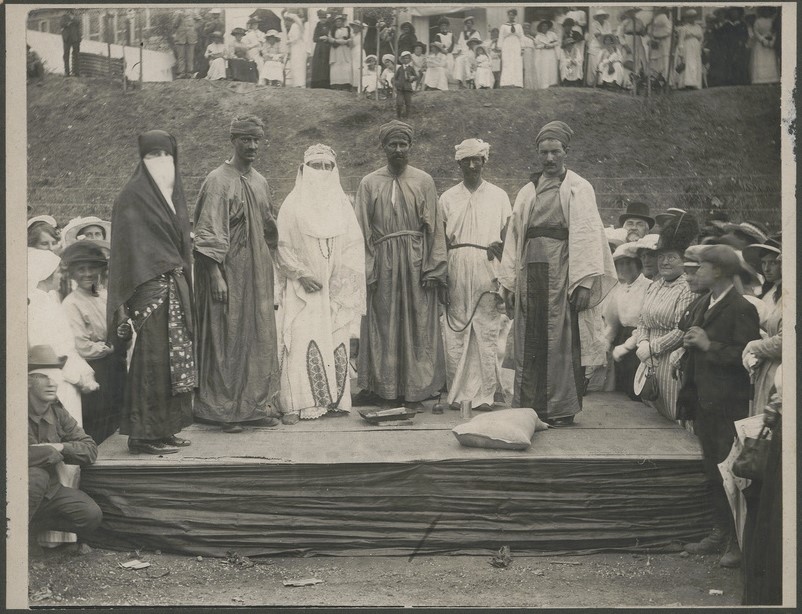 The fair had opened with “a procession of soldiers garbed as are the picturesque citizens of Cairo”, with charcoal and coffee being used to achieve a “faithful Oriental tint.” They achieved their objective of attracting as much attention as possible, garnering “a great crowd” of onlookers. The “Egyptian” cohort was also in attendance at the railway station to welcome the returning soldiers before parading through the city.6

The fun and frivolity, which also included an Egyptian wedding, tea and music, fancy dress competitions and a confetti carnival, in no way detracted from the chief objectives of the Cheer-Up Society and the RSA; “first, to cultivate the strong patriot; second, to promote good comradeship; and next, to keep the men [who] came back fit and ready for the future defence of their country.”7 The RSA and the Cheer-Up Society were considered particularly valuable for the role both organisations played in recruitment, and that the Egyptian fair “would not be an inconsiderable factor in that direction also.”8

In particular, it was expected that the displays of trench fighting in trenches excavated and embellished with barbed wire for the purpose, would achieve a key objective, namely that “the men who might be thinking of going would gain a vivid idea of the work to be accomplished.” The Governor, Sir Henry Galway, was clearly of the same mind.

The praise for the returned soldiers, was tempered by a caution to families not to “spoil their returned soldiers – that their inclination to go back to the trenches should not be lessened,” for the experience they had gained was seen as invaluable for the battles ahead.

The cessation of real battles in 1918 did not end the Cheer-Up Society’s endeavours. Although the society closed its doors on Christmas Eve 1919, it was revived during the Second World War, with a more extensive remit, including the provision of hostel accommodation for servicemen on leave. The Cheer-Up Society was finally disbanded in 1964 and the original hut, which had been sold to the government to house the Elder Park Migrant Hostel after World War Two, gave way to the construction of the Adelaide Festival Centre.10

However, the chance to experience a Cheer-Up hut has not been lost. As part of the ANZAC Centenary in South Australia, Veterans SA will be recreating Cheer-Up Huts around the state. The first opportunity to visit one will be at the Spirit of ANZAC Centenary Experience at the Adelaide Showground from 8 – 20 March, 2016. Find out more HERE.