In honour of NAIDOC Week 2016, which encourages all Australians to “celebrate the history, culture and achievements of Aboriginal and Torres Strait Islander peoples”, we would like to draw your attention to the military achievements of one family. 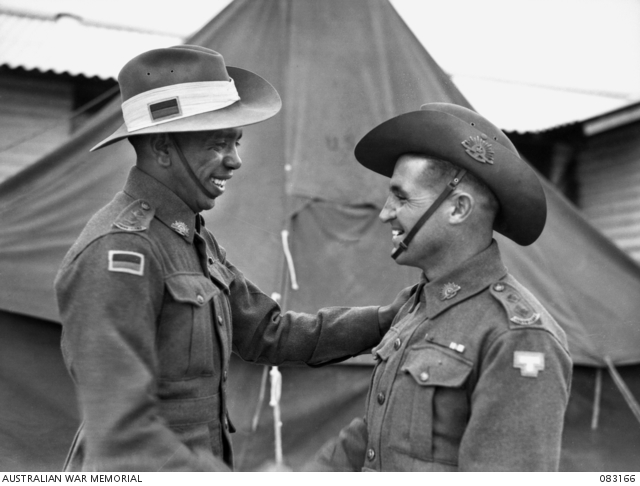 Reginald Walter Saunders MBE, became the first recognisably Aboriginal servicemen to be commissioned with the Australian Army (Alfred John Hearps had served as a second lieutenant during the First World War before being killed in 1916), accepting a commission in 1944, after service in North Africa, Greece, Crete and New Guinea with the 2nd/7th Infantry Battalion. He returned to action during the Korean War, in which he was a company commander with the 3rd Battalion, Royal Australian Regiment (3RAR).

It was in New Guinea during the Second World War that Reg’s brother Harry Saunders was killed on 29 November 1942, while serving with the 2nd/14th Infantry Battalion, the same year in which 9 Platoon, A Company lost 8 of its men, including Saunders, in action. 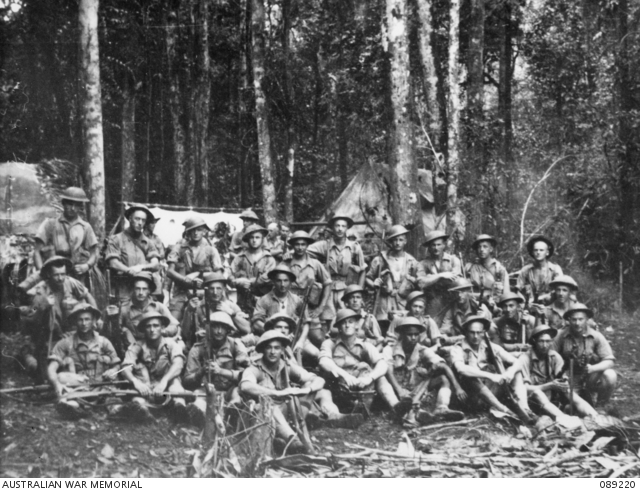 The Saunders brothers were not the first generation of the family to serve. Their father, Walter Christopher George Saunders had served in the Great War with the 10th Machine Gun Company and later the 3rd Machine Gun Battalion until being discharged at the end of the war in June 1919. An uncle, William Reginald Rawlings MM had served in the same conflict with the 29th Infantry Battalion. He was awarded a Military Medal for action at Morlancourt on 28/29 July 1918, which the Commonwealth Gazette described as “a wonderful example to the remainder of the team”. He was killed in action at Vauvillers, France, a little over a week later, on 9 August 1918.

Click here to find out more about Aboriginal and Torres Strait Islander service in the Australian armed forces from before federation to today, through the work of Dr Chris Clark, Visiting Fellow at the Australian Defence Force Academy.

1. Rawlings’ friend Corporal Harry Thorpe MM, an Aboriginal serviceman with the 7th Infantry Battalion, died on the same day. Thorpe had been awarded a Military Medal for his “conspicuous courage and leadership” at Broodseinde, Belgium, in October of 1917.