A Crusader at Rest

VALE  William (Bill) Park CBE  AM: A Crusader at Rest

In February 2015 year the RSL Virtual War Memorial Team had the immense honour of spending 24 hours with Bill Park. His visit was the culmination of months of discussion and planning to ensure his safe travel to handover of the result of 12 years of research on the Queensland WW2 Army Nominal Roll. 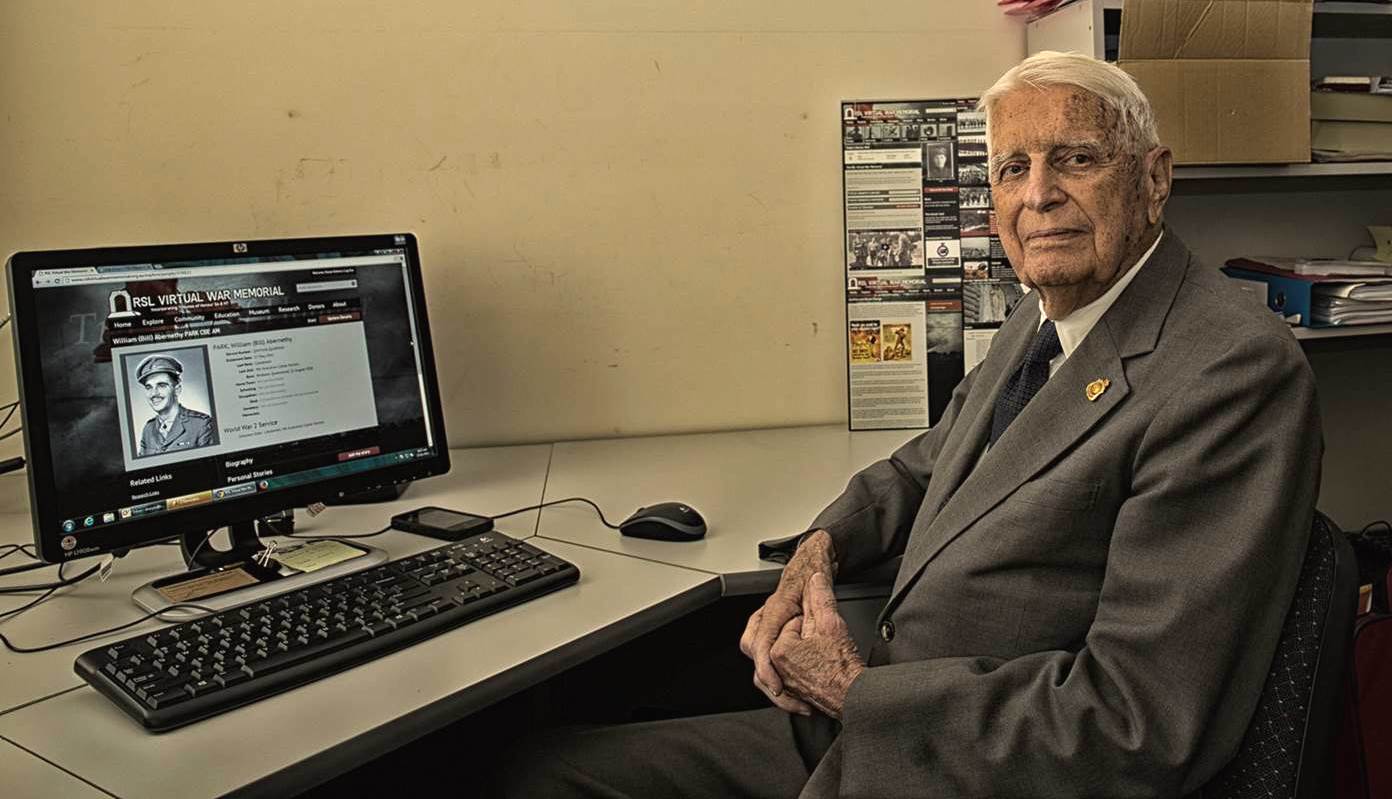 It started with a personal desire to use some of his retirement time to re-connect with Army colleagues in 4th Australian Cypher Section with whom he had served. It turned into one of the most significant pieces of work undertaken by an individual to verify, correct and consolidate the official records of Australian Defence Personnel.

The former chairman of the Brisbane Stock Exchange, soon discovered that many of those who had enlisted with him back in 1942 were simply not on the official record. This was the spark. The more research he did, the more he discovered to cause him concern. Very soon there was fire in his belly. Motivated by three words, “We Will Remember”,  he realised he could not stop when he had found his mates. He trawled through the state’s 125,000 WW2 army enlistments, cross-referencing them with the government-administered nominal roll. With his research complete, he estimated the total omission as at least 10 per cent and the error rate of personal and service information within records considerably higher.

In late 2014, at the age of 94, Bill had an increasing sense of urgency to find a home for his work. He wanted a home that would not only secure the research but also make is accessible to families and the general public.  And so it was that he flew to Adelaide from his Brisbane home and presented the fruits of his labours to the RSL Virtual War Memorial. Bill handed one small green flash drive to the website General Manager. The team worked with Bill (by phone and email) over the next few months and were proud to let him know on 10 June 2015 that 167,000 records went live on the website. In equal measure he was relieved and enormously happy.

It was with genuine sadness that we received the news of Bill’s passing on 25 July 2015. We are proud that Bill trusted us with his work and that for a brief time we were part of his mission. Bill has left an outstanding legacy and we will keep it safe.

To read more about this remarkable man please click here