The Boxers and the Protector: Australian Engagement with Asia at the Turn of the Century

In China, at the turn of the twentieth century, there was increasing discontent with the level of foreign involvement in and control over economic, cultural and religious affairs. The Boxers, thus called by foreigners for their practice of martial arts, sought to rid China of foreign influence with increasing violence from 1898. Their adherents grew with the devastating effects of famine and the demobilisation of the army, compounded by natural disasters, such as the flooding in Shandong Province in the late 1890s. This was coupled with a perception of the privileged status of Christian missionaries who were exempt from a number of Chinese laws and, as such, became a focus of the Boxers’ malcontent. That the infamous Treaty of Nanjing between China and Britain only re-opened four ports to foreign trade and could hardly be held responsible, did little to stop the Boxers from using it as a prop in the foreign conspiracy to transform China into a western protectorate, which they used to gain the support of the Qing Empress Dowager Cixi.1 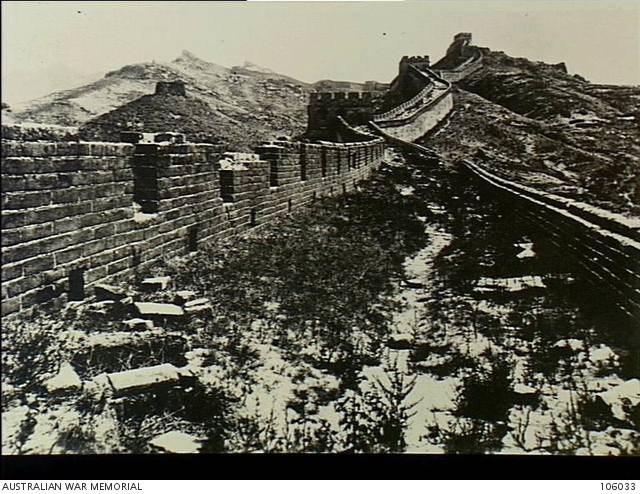 If the Boer War has gained comparatively little attention, particularly during the centenary of the Great War, it is a given that Australia’s involvement in the Boxer Rebellion in China (1898-1901) has garnered even less. The reasons for this are numerous. Compared to the 17,241 Australians who served in the Boer War, and the vastly greater numbers in subsequent conflicts, 572 individuals could be seen through some lenses, to pale into insignificance. Coupled with this was the nature of Australia’s involvement, which concentrated primarily on “routine guard and police duties” carried out by the New South Wales and Victorian contingents, and the “survey, transport and courier” role played by the HMCS Protector, South Australia’s contribution to the conflict.2 However, the Boxer Rebellion, like the Boer War, provides us with some insight into a coalescing colonial consciousness on the cusp of the new century.

While the growing sense of a unified nation was driving moves towards federation, and British garrisons were being removed to pave the way for self-government, the colonies were still expected to bear the responsibilities of their place in Britain’s empire. As Jeffrey Grey notes, there was a distinct unwillingness on the part of both Australians and Canadians to “become part of an imperial federation or to surrender totally the control of such forces as they possessed” to England.3 On 2 August 1900, for example, when the question of whether the colony of New South Wales should send forces was put to the Legislative Assembly by the Honourable Francis Bathurst Suttor, the House was divided. Only the vote of the Deputy-President could resolve the question, which he did in the affirmative.4 Nevertheless, there is little evidence to suggest that patriotic sentiment in favour of the Empire ever wavered in the face of the imperial request for support, and the colonies supplied troops readily.

The killing of Christian missionaries in Boxer raids naturally caused “considerable uneasiness” in South Australia, not least because some fourteen South Australian were currently undertaking missionary work in “the Celestial Empire.”5 However, a full week before colonial parliaments voted to send contingents to the aid of Britain, The Advertiser in Adelaide was reporting that help was at hand. Surprised that such intelligence should be kept secret from the Press, they not only reported the Imperial request for naval support, but also detailed the alacrity of the Victorian and New South Welsh responses and speculated about the naval resources that South Australia would send. With an impressive sleight of word, The Advertiser simultaneously highlighted their patriotism, and raised the awkward questions that could be posed of the motherland.

South Australia’s HMCS Protector, The Advertiser declared, would be “as suitable for service in Chinese waters as any of the other vessels”. She was not only one of the “most powerful gunboats in her class in the world,” but would also be “competently manned with trained and eager volunteers.”7 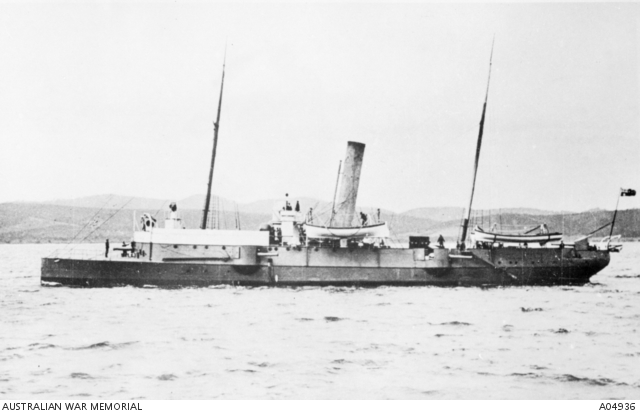 Portside view of the gunboat HMCS Protector of the South Australian Navy, c. 1901. AWM A04936.

This eagerness to serve is exemplified by John Vincent Corigliano from Beachport, South Australia, who enlisted with the Royal Australian Navy as a Stoker at the age of twenty, and continued to serve  five years past the age of retirement, until 1940.8 However, the crew’s eagerness would not be translated into action during the Boxer Rebellion. By the time the Australian contingents reached China, the main skirmish had been resolved in favour of the British and the South Australian contingent, like their Victorian and New South Welsh counterparts, was occupied in routine defensive duties. Nevertheless, although they would take different paths, both the Protector and Corigliano would once again serve the Empire during the Great War.