Bougainville is the largest of the Solomon Islands, 9,318 square kilometres of rainforest and volcanoes. Among the greatest challenges facing Bougainville today is balancing development with the increasing threats posed by environmental degradation. In November of 1944 it was a different story, as Bougainville became the site of one of Australia’s largest, yet least understood, campaigns of World War Two.

For nine months, over 30,000 Australian personnel conducted “mopping-up” operations, under the control of Lieutenant-General Stanley Savige, to destroy the Japanese occupation of the island. The conditions that created verdant forests proved a challenge for Australian troops. Karl James described the situation in which infantry battalions found themselves, “patrolling along stinking, humid jungle tracks and putrid swamps.”1 It was, James demonstrated, “an intimate, personal war of section patrols and [the] occasional company-size attack”.2

The Japanese forces did not take the attempt to remove them from the island lightly. They mounted a counter-attack in April 1945 which almost overran the Australian troops at Slater’s Knoll. It was the arrival of Australian tanks that broke the attack and allowed the Australians, with artillery and air support, to advance on Buin.3 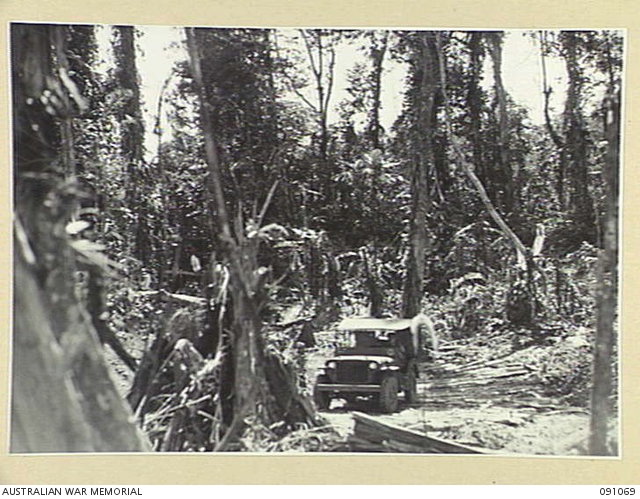 At the outbreak of the war, Reagan and Griffin have argued that the island was “at the limit of the Australian administration’s consciousness”.4 In 1945, the Australian attitude to Bougainville was different. Defenders of the government’s policy to continue Australian involvement in the region revolved around the need to strengthen that Australia position at the table for the post-war peace talks. The liberation of New Guinean peoples and the American example of clearing the Japanese from their colony of the Philippines was also cited. However, the merits of Australia’s involvement in the last year of the war, like much of the fighting in New Guinea and Borneo late in the conflict, did not escape critical scrutiny. By 1945, Harold Holt was arguing that continued action resulted in unjustifiable Australian losses and the soldiers themselves, it has been suggested, believed that it had become “a politicians’ war” or, at least, a politically-backed general’s war, spearheaded by Sir Thomas Blamey.5

The USS Missouri, at anchor in Tokyo Bay, played host to the Japanese signing of the Instrument of Surrender on 2 September 1945. The campaign had seen the loss of 516 Australians and the wounding of another 1,572. Japanese losses were significantly higher. After the Australian II Corps took over, with 8,789 killed by Australian forces, a further 9,500 estimated to have died of disease and malnutrition, on top of the casualties that had resulted from American operations. From an original garrison of 65,000 Japanese troops, only 23,571 remained to surrender the following year. Nor were the losses inconsiderable for Bougainvilleans, with over a third of the population in some areas killed during the conflict.6

We pay tribute to the courage and tenacity of all who served in this conflict zone and most especially those who paid the ultimate sacrifice.  We will remember them all.